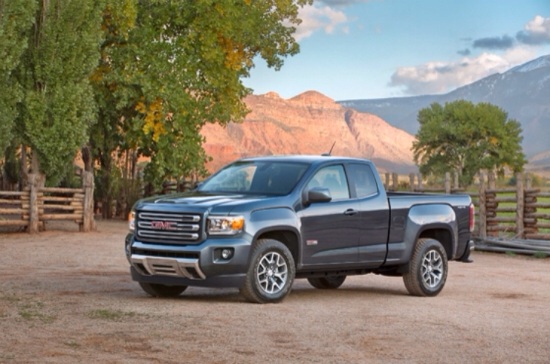 On the Saturday before the North American International Auto Show, GM revealed the truck through a press release hoping to get a jump on the media coverage. The Chevrolet Colorado twin is set to share the same engine and cab configurations. 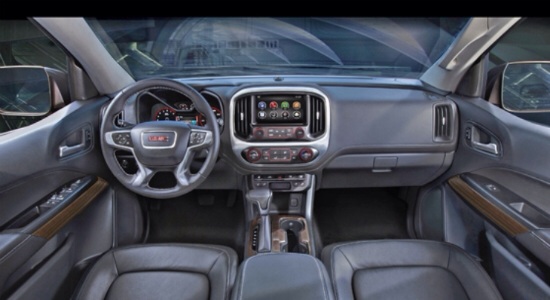 The interior is a big upgrade over the previous model.

Like the Colorado, the Canyon will be offered in an extended cab, crew cab with 5 foot bed and a crew cab with a 6 foot bed. The line is that when you drop the tailgate on the 6 foot bed, it will hold items 8 feet long. There will not be a regular cab, instead GM is sticking with its plan to offer a “rear-seat delete” option at the dealership. 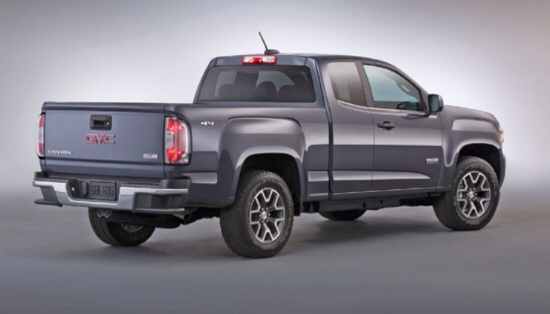 The rear profile of the Canyon matches the full-size models quite a bit.

Powering the truck will be the same four cylinder and V-6 engines with a diesel offering coming later. GM says the truck has many “segment best” features like:

You can hear all about the truck by checking out our sister site: 2015 GMC Canyon Revealed – Little Sierra Plus. 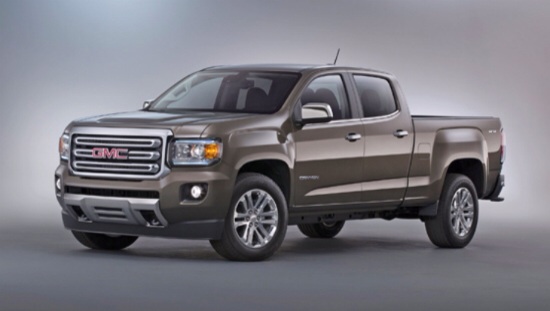 The crew cab Canyon sure looks a lot like the Sierra.

While, I’ll let you read my other article, there are several features though that I would like to see on the Toyota Tundra. My list includes: a Turbodiesel, the longer bed configuration, the rear locking differential option, AutoTrac auto 4WD, the new “teen” driver software option (if you have kids, you would understand) and the CornerStep (it is nice) feature.

What’s on your list? Any of these items grab your attention.