Quite often on this site, we like to point out what we see as errors and shortcomings of all the truck brands (Toyota included). Yet, I can’t help feel for this Ford truck owner and his issues. Is he making it up or does Ford have some explaining to do? 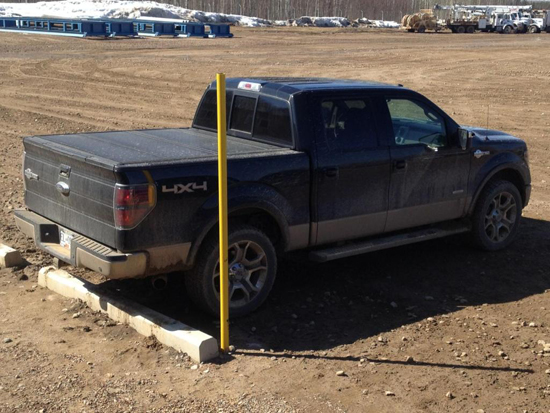 Over on F150online.com, there is a story about a Canadian oil worker and his 2012 F-150 King Ranch (see: $67k) truck with 23,500 miles. His truck is relatively new and is on its third motor. He has chronicled his story on F150forum.com under the name, GhostintheMachine. Here is his first post on the problem:

I was on my way to work. I work about 12 hours from home in the Canadian oil fields. I was roughly 3 hours from home. It was a nice warm spring day. Not hot but pleasant.

I pulled out to pass a mini van and heard a loud pop. The truck immediately said no oil pressure. I coasted the truck to the shoulder and shut it off. Called roadside to pick the truck up. Had approx 37000 Kms on it.

Roadside picked me and the truck up and took it to the nearest dealer. Before we left the driver and myself found a hole in the block, some pieces of the block, and what I think was a wrist pin. Still not sure.

The service advisor I talked to initially told me “it would be a hard thing to warrant” and if they decided to warranty the repairs “it will probably take 1.5 months”.

I found these responses really disturbing. My truck is a 2012 King Ranch. It had a sticker price of 67 thousand on the window. I also purchased extended bumper to bumper warranty to 180 thousand Kms. I obviously didn’t pay anywhere near 67 for it. I’m just making a point.

At this time I called ford of Canada to try and let a customer service rep know what I was told and to try and get some more answers. I was advised I’d hear back within 2 business days. Not exactly a great answer. At the time I remember thinking that was probably a token “cover their ***” type of comment. I thought I’d probably hear from a rep within 24 hours if not sooner. 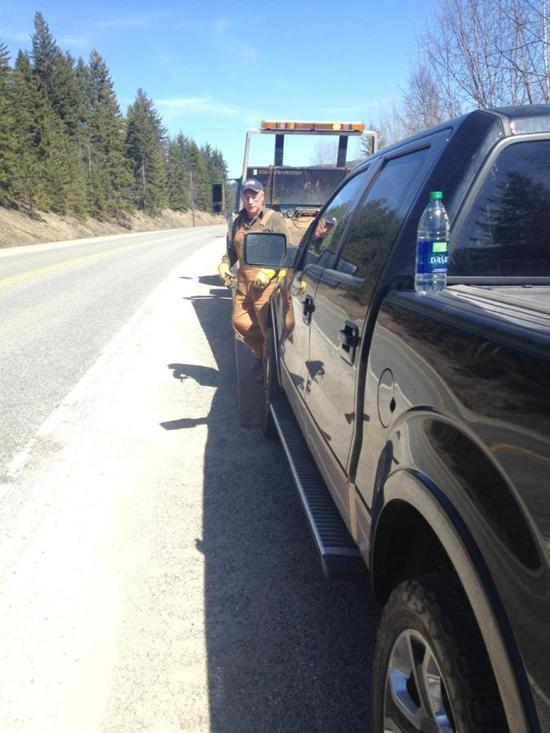 A common sight on this F-150 King Ranch.

A few posts on, we hear about engine 2:

I bummed around the week after I got the truck back. Just did general stuff around the house. Really happy my truck was home.

Thinking back it did have a strange idle. Seemed higher than before. I thought maybe that was the fix for the intercooler condensation. I wasn’t too worried about it. Truck ran good.

On my way home the truck started clacking. I called ford roadside and explained the situation. I also explained I’d like to keep driving to try and get to the closest city where I could catch a flight home. The gal I talked to agreed that was an ok plan and to call back if I needed any help.

About a half hour later I called back to explain engine number 2 was done. It did the same thing as engine number 1. Hole in the block. Cloud of blue smoke. 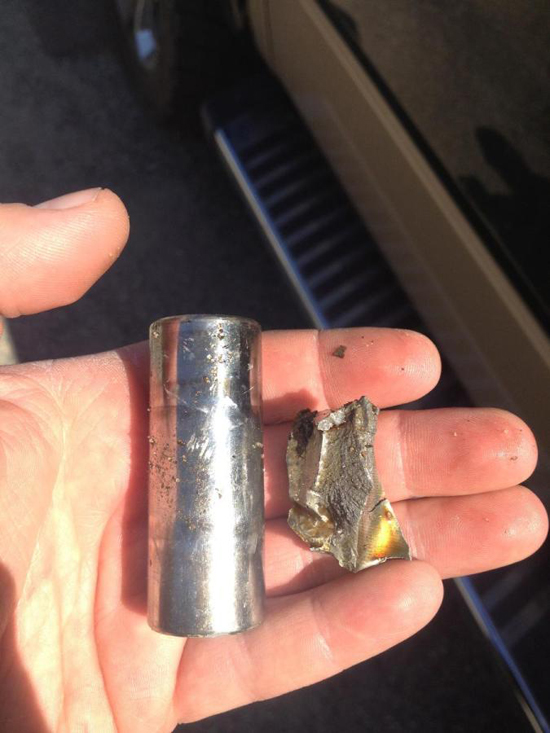 Apparently, these things blowing out of an engine are bad for it.

What seems to be the issue? He explains: “Another new long block will be going in as well as turbos and whatever else I need. They found cylinder 3 and 6 had been flooding/running rich and blew apart. Same problem as before. He says they will be testing the fuel injectors and fuel system all around.”

The thread is 70 some pages and frankly, it is way too long to read it all. Although it is quite entertaining. Here are the highlights I found:

While, you can blame the EcoBoost, it seems more like a dealer issue to me.

The really sad part is that he is stuck with the truck. The local dealer is offering a pittance on the trade in because of the mechanical issues and says he simply got a lemon. Sad.

What do you think? Another terrible dealer story or is something amiss? Oh and apparently, he is trying to buy a different Ford truck. Maybe someone should introduce him to a Tundra!