Why Cancel The Agreement?

When I first reported this hybrid joint venture in August, 2011, it was my feeling that Ford had “won” this particular deal. I felt that Ford would be able to dip into Toyota’s considerable hybrid know-how without penalty, as it seemed unlikely that Toyota could really leverage Ford’s truck expertise. The reason? It’s hard to convince loyal domestic truck owners to switch, even if you sell a superior truck.

Therefore, I presumed Toyota was providing know-how while Ford was providing capital. It was a win-win, but only if you look at the short-term. Providing your competitors with better technology isn’t a good long-term strategy.

However, a few things have changed since the collaboration was announced in 2011:

The writing on the wall would seem to be that Ford doesn’t think they need Toyota’s help to build a hybrid truck.

This all but certainly means the Tundra hybrid is dead – again – as it seems unlikely Toyota can research and design a hybrid powertrain for the Tundra profitably (Tundra’s sales volumes are just too low). However… 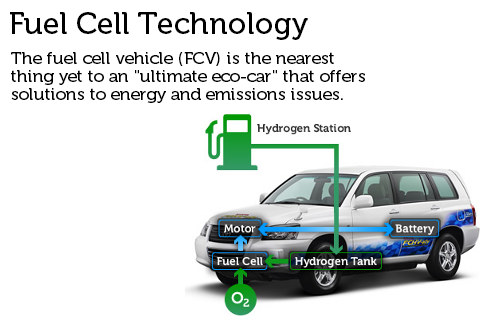 Toyota’s Fuel Cell Technology Could Be the Next Big Thing

Here’s a pop quiz for all you truck fans. Assuming costs are the same, would you rather?

It’s number 2, right? Obviously. Who wouldn’t want a fuel cell powered pickup over a hybrid…provided of course you could buy one for a reasonable price. That “reasonable price” qualifier has always been the problem with hydrogen fuel cells.

If we remember the 1999 Prius, it took a little less than 10 years for gasoline-hybrids to become cost-competitive, mainstream vehicles. If Toyota brings out a viable fuel cell in 2015, you could be driving an affordable electric Tundra that runs on hydrogen by 2025.