Gender Bias is a Serious Issue in Engineering

First, let’s talk about why almost all the engineers in this ad are male. The VW ad spoke to a bit of a truism in the automotive industry and the engineering world – most engineers are male. This isn’t just “one of those things,” however – this is a symptom of our failing educational system. Engineering is a good field of study; jobs are available, the pay is good, and a decent engineer has a job for life. Yet men vastly outnumber women in this field. Why? 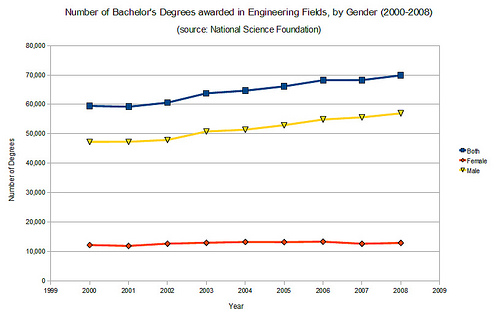 There are a number of explanations tossed out about the gender disparity in engineering.

While there’s room to argue about the causes of this gender discrepancy, it really doesn’t matter. The fact is, our daughters and our sisters have their work cut out for them if they want to become engineers. VW’s ad only reinforces what is actually a serious problem – there’s a significant gender bias in the engineering world.

VW’s Ad Used A Woman As A Prop

Second, let’s talk about why the most visible female engineer was really just a prop. I counted two women in VW’s ad. One in the very beginning: 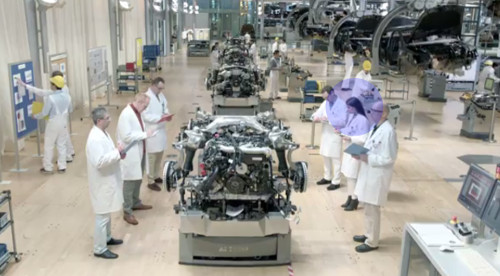 Can you spot the female engineer? I’ve circled her in blue for you.

Followed by a second woman who got a good amount of screen time. Unfortunately, it seems she was merely placed in the commercial so she could be a prop in a cute little joke about touching a female co-worker in a small enclosed space. 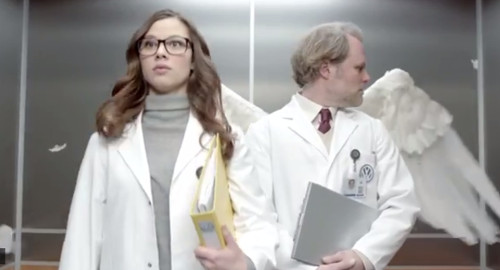 This female engineer was used as a prop in a joke about inappropriate touching. Well done, VW!

Hilarious, right? [sarcasm] Imagine your wife, girlfriend, or daughter in an elevator with some male coworker, and then imagine that coworker accidentally touching her rear. Does that make you want to laugh out loud? Me neither. This women wasn’t being portrayed as a smart engineer – she was the object of a joke that really isn’t that funny when you think about it.

I don’t know a car guy who thinks that ignorance of vehicle maintenance is a positive. The world would be a better place if everyone who owned a car understood basic maintenance. It would be better still if everyone with a driver’s license knew the fundamentals of their engine, transmission, and various systems. Car guys will often go out of their way to teach people about cars, because we know how beneficial this information can be. Yet here’s VW, portraying a teenage girl as completely and totally uninterested in the family car, as if that’s OK. 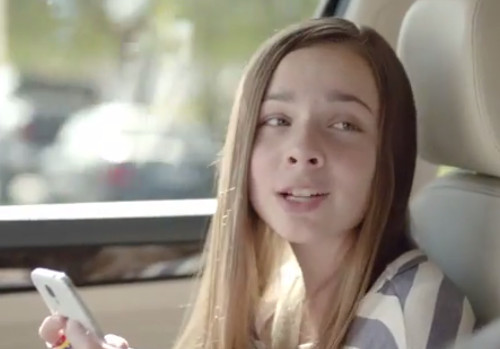 Girls’ aren’t supposed to care about the family car. Texting is more important.

Perhaps this is meant to be a commentary on the disconnect between fathers and daughters, rather than a subtle attempt to leverage a popular stereotype (girls don’t care about cars) for financial gain. If that’s the case, VW went the wrong way here. There are dozens of ways to portray parent-child disconnects that don’t resort to blatant sexism.

Finally, let me pre-empt some criticisms:

I admit that this is a heck of a rant, but I think it’s important for car guys like me to stand up and call out this crap when we see it. Car guys are often accused of being sexist, and it’s largely because we don’t take the time to announce our displeasure with bikini-clad car show models, male-centric advertising, repair shops that try to overcharge female customers, etc. I hope you agree with what I’ve said here, but even if you don’t agree I hope you respect it. Women deserve better.