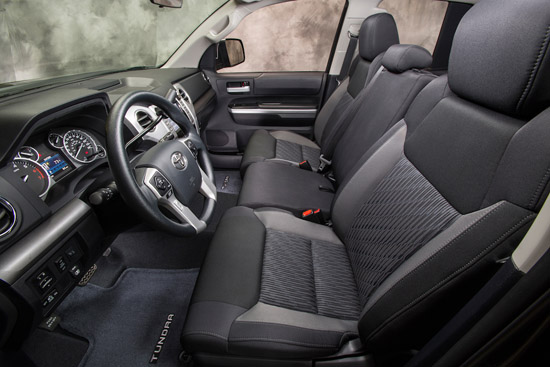 The fire risk is apparently linked to the type of fabric used in the seats. This fabric doesn’t meet flammability standards and the flaw was discovered in South Korea (they have the same standards we do). The stop sell order affects Avalon, Avalon Hybrid, Camry, Camry Hybrid, Corolla, Sienna, Tacoma and Tundra models equipped with heated seats. Toyota says this applies to about 36,000 vehicles on dealer lots or 13 percent of its inventory. There is an undetermined number of vehicles en route to showrooms that may be affected.

“All those vehicles will be captured, all of them will be fitted with the new seat-heater assembly so they will then be able to be sold,” Toyota spokesman John Hanson said in an interview. “We’re actually building the new units right now. Basically it’s the seat heater with a different cloth pad that does meet (regulations) for burn rate.”

While the number of vehicles is relatively small, the timing is pretty much as bad as it gets with much of the country covered in snow. Not being able to sell a truck with a heated seat will definitely affect February sales volume.

“It affects the most important cars from their lineup, and we’re in the grips of a lot of cold weather right now, so the timing is about as bad as it could be,” said Karl Brauer, a Kelley Blue Book analyst told the Detroit Free Press. “You know people who are out buying a Camry right now are more likely than ever to want one with heated seats.”

Toyota has asked the NHTSA to declare the issue “inconsequential as it relates to vehicle safety.” That statement wording means a recall is unnecessary. Toyota also says that there have not been any injuries or fires reported.

The number of vehicles already sold with the issue is apparently not available at the present time. According to the Detroit Free Press, the issue only affects 2014 Toyota Tundra models and 2013 and 2014 models of the other cars.

This “issue” has us scratching our heads. The fact is that you would be flat out shocked at the amount of engineers and people who work on vehicle seating. How do you then choose a material that doesn’t meet “flammable standards.” Our only guess is that there was a “miscommunication” between a supplier and the automaker. Yet, for Toyota to stand behind is Quality, Reliability, Dependability statement and have an oversight like this is laughable.

C’mon Toyota, you can do better than this.