The NASCAR Craftsman Truck series is notable not only for the high level of professional racing that can be found at each event, but for the fact that it is the first major NASCAR series to have active participation from a foreign automaker. In 2004 Toyota decided to make a big splash in NASCAR by announcing full factory support for a number of Craftsman Truck teams. The company had always played a major role in motorsports worldwide, with a long history in CART, IMA and NHRA import drag racing, but NASCAR had always been regarded as a ‘domestics-only’ club. After trying things out in the Goody’ Dash series for a number of years, Toyota felt it was time to take the plunge and move up to the big leagues. 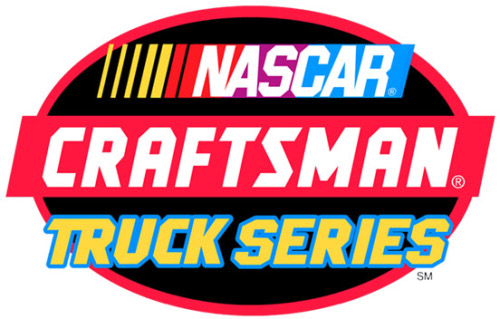 Toyota got serious about racing trucks in 2004 when they officially entered the Nascar Craftsman Truck Series (TM).

Managing to win a race in it’s first full season, Toyota gradually stepped up their racing program until they were sponsoring 6 full-time teams. 2006 was the most successful year for the company, as they not only won 12 of 25 races to pick up the manufacturer’s title, but also saw Todd Bodine win the overall points championship in a Tundra for Germain Racing. Toyota also now sponsors one of the races in the series, the Toyota Tundra 200, and they have used their participation in Craftsman Truck racing as a stepping stone to the NASCAR Sprint Cup series.

The trucks that see track time for Toyota in NASCAR bear only a very small resemblance to the Tundra parked in your driveway. While the basic bodywork might look similar, it is really a Tundra shell that has been made out of fiberglass and mounted on a tubular steel frame. Significant aerodynamic work has been done to the vehicle, such as filling in the truck bed, adding a rear wing and designing a front air splitter. These last two items are critical to generating the down force necessary to keep the truck under control at high speeds. 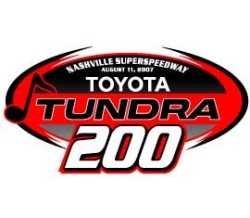 NASCAR-spec Tundras are powered by a specially built 5.9 liter V8 engine that conforms to the rules and regulations of the series. Each manufacturer races very similar engine designs, and so it is up to the race engineers at Toyota to discover how to tweak the most power they can while remaining with the narrow boundaries of the rules. This ingenuity eventually trickles down to the street Tundra, and many TRD parts are first tested in the ‘trial by fire’ environment of the racetrack. You might surprised to find out that the engines in these trucks are actually lower-tech than the ones found in your local Toyota showroom – there are no overhead camshafts to be found in NASCAR. The challenge is to strengthen the inner workings of the race engines, which are subject to incredible stress, as they must produce maximum horsepower at full throttle for almost the entire duration of each event.

The Craftsman Truck series was an important turning point for Toyota in terms of marketing the Tundra in North America. By entering the series and winning a championship, Toyota was able to catch the attention of domestic truck buyers who previously might never have considered switching loyalties to an import. In a sense, NASCAR was Toyota’s final frontier, and now that it has been conquered the Tundra has earned new respect from many truck buyers across the U.S.