We visited Stevinson Toyota East last night in Aurora, CO (just outside Denver) and managed to test drive their Made In The USA Toyota Tundra. It’s a 2008 Tundra Regular Cab 2wd SR5 with the sport package, and the 5.7L V8 (of course). It also includes TundraRacing.com’s 2″ lowering kit, a complete set of carriage works grilles, a custom exhaust, and custom American flag vinyl work. 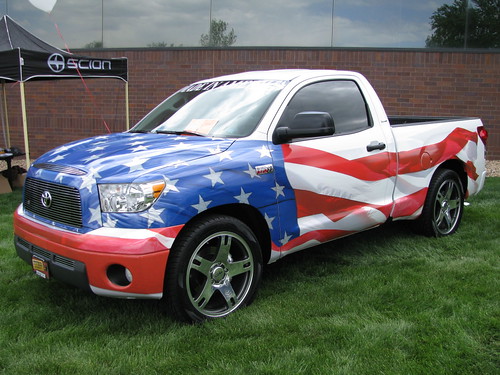 Stevinson Toyota East in Aurora, CO has created this Tundra to showcase their customization skills. 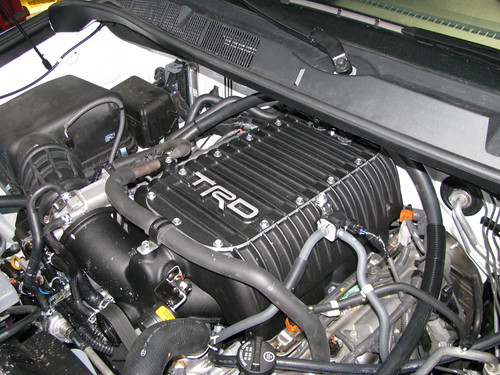 When we got their, Ryan Prue and Tanner Tilton were finishing up the install. After dropping the fuel tank and putting in a new high flow fuel pump (and adding some 91 octane gas), they double checked everything and flashed the ECU. Then, it was time for a test drive.

No traffic laws were broken – we swear.

We’re going to visit Bandimere speedway next week with the guys from Stevinson East and participate in a few 1/4 mile runs. We’ll keep you posted. By the way, Stevinson Toyota East isn’t selling the truck they’ve made (at least not yet). If you want one, however, they can build you one for about $30k. Pretty cheap for such a fast truck…