Bill sent us an email telling us about his 08′ Tundra CrewMax X-SP 5.7L V8 , and when he told us about all the equipment, we had to have some pictures. In addition to his regular driving, Bill uses his truck for light-offroading in order to get to the best kayaking places. We like it because it’s a sharp ride, and a testament to just how nice you can make your truck without breaking the bank. 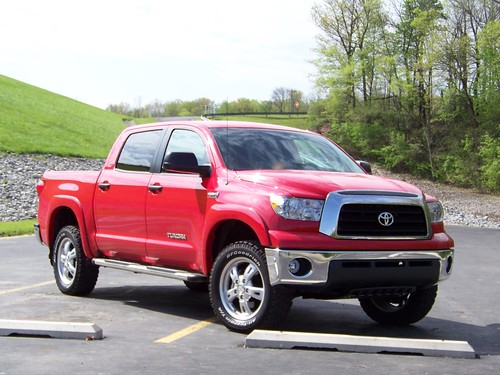 Notice how level this truck is? It’s got a ToyTec 3″ front-end lift 1″ rear-end lift with a differential drop kit. 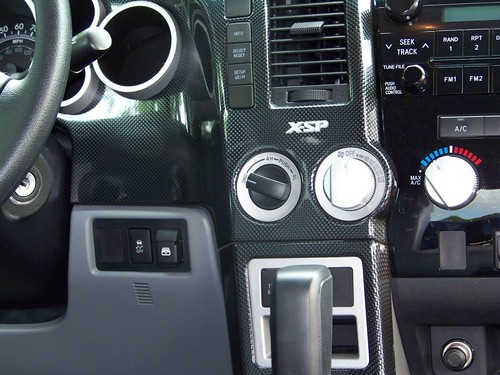 Adding a carbon fiber dash kit is a great way to customize your truck without spending a fortune. 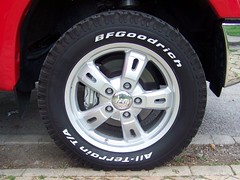 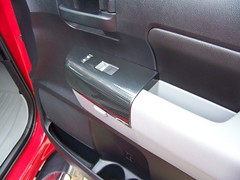 The JTI 20″ rims and the carbon fiber armrest.

Bill’s story about finding this truck:

“I found my truck on the internet at a dealer in NC and drove down to pick it up (which was 525 miles one way). I bought the truck in March and now I have 5200 miles on it. I love to drive it everywhere. I live in a rural community and there are only 3 Tundras in town so I still get people asking if it’s a Toyota . When I talk to them, they always say ‘It’s a Big Truck !’” 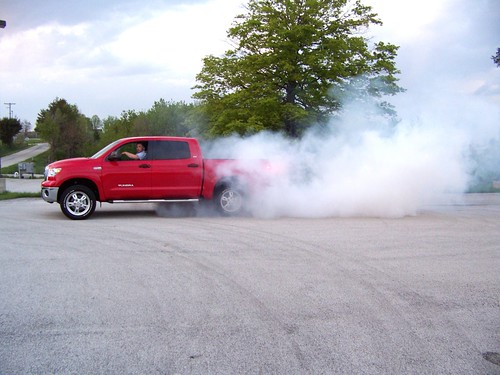 Bill’s future mods are going to be bigger tires, dual exhaust, and powder coating the rims. Thanks for contacting us Bill – nice truck!