The February 2014 Sales figures are out and the Tundra improved once again over last year. While the rest of the industry pointed to the cold weather as the reason for poor sales, the Tundra continues to gain. 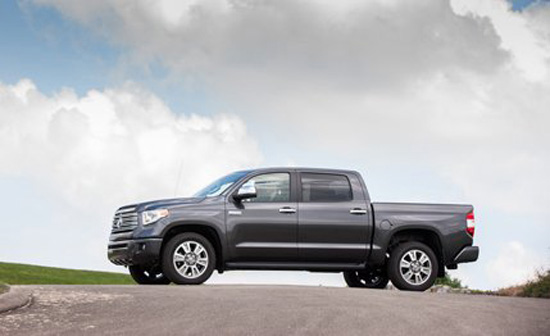 The Toyota Tundra continued to show a sales increase for 2014.

For the month, the Tundra was up 8.4%. Toyota says this was their best February since 2008. While this is great for Toyota, it does leave me wondering about the impact of the 2014 version. Why? It was February of last year when the new Tundra was revealed.

With sales up 8.4% or 617 vehicles, it raises several interesting questions such as:

The rest of the truck market was weak except for Ram. The Ram numbers jumped again and they look well positioned to catch up to the Chevy Silverado at their current pace. It doesn’t hurt Ram that they were named truck of the year and their dealers bought up the allocation of the new EcoDiesel in just three days.

There are really several “truths” right now in full-size trucks:

What do you think? How do you see the market?