While most of the attention in the advertisement is around the Mirai’s futuristic “turn garbage into fuel” angle, we can’t stop looking at the 2016 Back to the Future Toyota Tacoma. 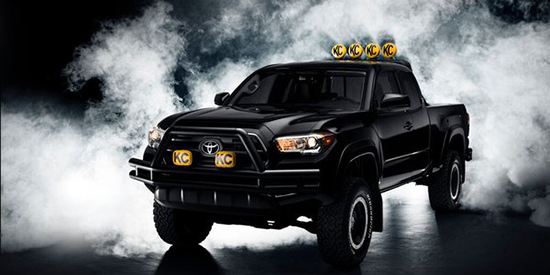 This truck, Marty McFly’s dream truck, features a host of modifications to mirror the iconic 1985 model in the movie. Here is a list of the modifications:

Along with the video, Toyota will be offering live and static displays in three major cities. If you live nearby, go check out:

The static display looks like a Hot Wheels toy packaging. 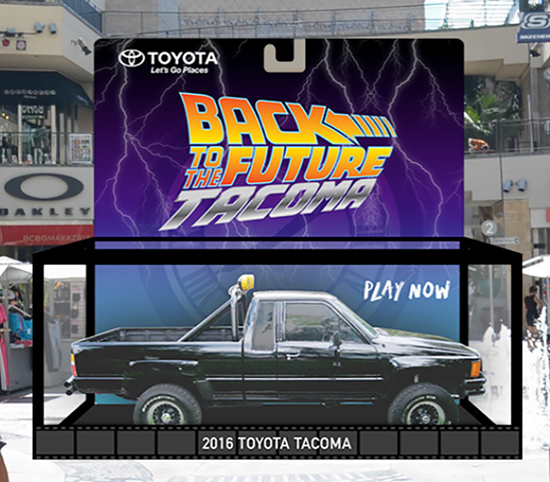 Toyota plans to start deliveries of the Mirai in California today with an expected 3,000 units to be sold in the first year. While infrastructure concerns are still being ironed out nationwide, we don’t expect this to be the last time we will be writing about hydrogen fuel cells.

What do you think? Should Toyota offer the McFly pickup as a special package like the Terminator Tundra?

Tags: back to the future tacoma • hydrogen mirai • mcfly 2016 tacoma