All Entries Tagged With: "tundra sales" 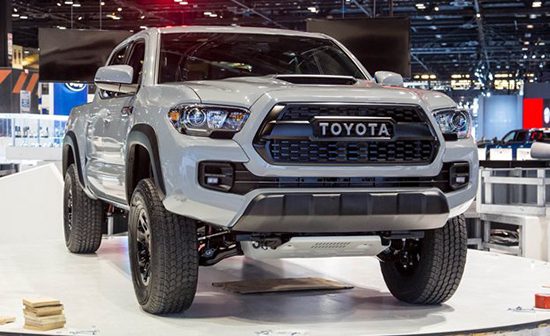 2014 Toyota Tundra Early Sales Terrible – What is the Problem?

It has been a full month since the 2014 Toyota Tundra was set to hit dealers and the numbers aren’t good. Is the truck market cooling, bad marketing, lack of incentives or is the truck just not as competitive as Toyota thought? What’s your take? 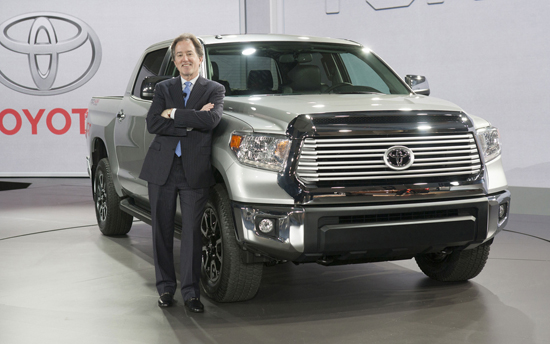 Bill Fay, Toyota Division group vice president and general manager, was all smiles at the 2014 Tundra reveal. Wonder if he is smiling now?

According to this Automotive News story, GM classifies 1200 of their dealers as “rural.” While the definition of rural is likely a little loose, here’s what we know about GM’s dealership operations:

The Tundra’s “Sales Failure” Story Is A Myth

I’ve noticed a fair amount of commentary lately about the Tundra’s status as a “sales failure,” (CNN ran an article a few days ago that I won’t link to here because it’s so stupid) and it’s shocking to me that so many otherwise smart people in the auto news industry can make such a silly argument. The Tundra’s sales definitely aren’t exemplary, but they certainly aren’t a “failure” when you consider the history of events between the Tundra’s debut in 2007 and today. 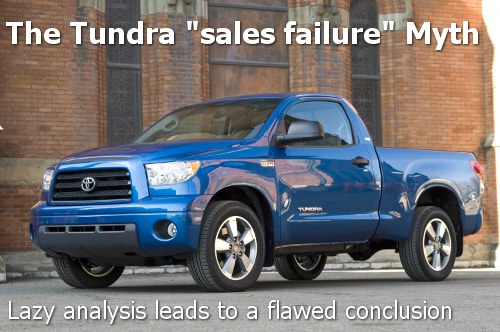 Lazy analysis of truck sales figures leads some people to conclude that the Tundra has been a failure, but that analysis overlooks a few facts.

The worst part is, this silly story about the Tundra’s “sales failure” isn’t going away anytime soon. The Tundra plant was only running at 30% capacity in April and May, it’s only been running at 50% capacity for June, and it’s not expected to get back to 100% until August/September. That means that 2011 probably isn’t going to be a good year in terms of total Tundra sales.

Still, looking exclusively at sales figures to make a determination about the success of the Tundra is like reading a box score instead of watching the game: you get a sense of what happened, but you still miss a lot.

Toyota’s decision to move Tacoma production to San Antonio is most likely good news for the future of the Tundra. Still, the case can be made that this move signals danger. Tundra sales are down and Toyota executives have been less than positive about the vehicle. Moving production of the Tacoma to Texas could be a sign that the Tundra is on the way out. 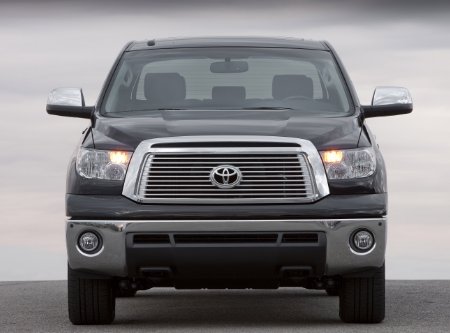 The case for dropping the Toyota Tundra

To be clear, we believe the Tundra is here to stay. Still, there are quite a few reasons for Toyota to walk away from the Tundra completely: