All Entries Tagged With: "tires"

Seems like every few months we come across another new product intended to stop flat tires. This time it is Hungarian engineers who have perfected a product that they say will prevent flat tires AND boost fuel economy by 10 percent PLUS make those tires last 25-percent longer with less tire noise. 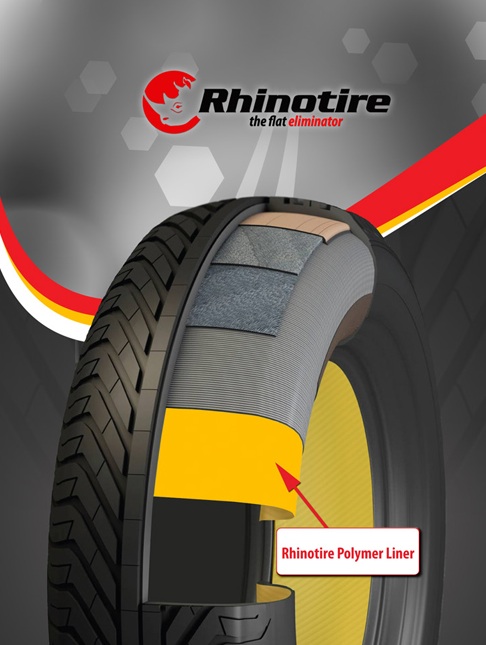 With a unique polymer layer, Rhinotire promises flats can largely be avoided plus you can get better MPGs and less road vibration.

Nitrogen In Your Tires – More Than Just a Gimmick

Proper tire inflation is a good thing, and the number of media reports, government pamphlets, and tire shop recommendations over the years have really highlighted the benefits of making sure that your rubber is properly inflated. Better fuel economy, reduced tire wear, and increased grip and performance are some of the highlights associated with keeping tire inflation at the appropriate level.

But what about filling tires with Nitrogen instead of “Air”?

There is an interesting tool that drivers can make use of to help not only keep their tires more consistently inflated but to also reduce the wear and tear on their rims and rubber, and that is the use of nitrogen instead of air inside the tire itself. Nitrogen is an inert gas that makes up about 78% of “air”, but when used in its pure form for tire inflation, Nitrogen offers several benefits to vehicle owners.

As with most specialty tires, when you’re looking to purchase a set of off-road tires, a lot of the knowledge you might have about standard street tires simply won’t apply. The tread styles, construction and size of off-road tires are quite different than what most people are used to, and it’s helpful to take a quick look at the basics of off-road tire design before heading to the local tire and wheel shop to have a set installed. 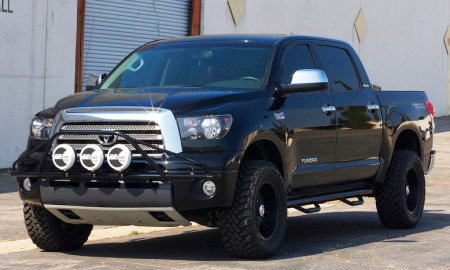 Almost everyone is familiar with the look of off-road tires – tall and aggressive. Even tires that are meant to fit on rims as small as 15 inches can be 30 or 33 inches in height (visit TireRack.com to see exactly which tire sizes will fit on your Tundra). A common misconception with larger tires is that the giant sizes are meant to provide extra grip and traction. While there is an off-road benefit in a tall sidewall (especially when you make the tire pressure artificially low), the main benefit to over-sized tires is that they get your truck up in the air as much as possible and boost ground clearance.

When it comes to boosting traction, there are two aspects of off-road tire design to consider: tread type and tire construction.

With gas prices being what they are, many people are looking for low-cost modifications that they can make to their trucks in order to squeeze every possible mile out of a gallon of gas. There are a number of gadgets, additives and devices out there that try to separate drivers from their money with pie in the sky claims, but there are also some ideas and products which seem like genuine, well-researched solutions. Low-rolling resistance tires are an example of a well-researched fuel saving device.

A little bit of background: the tires on your truck are designed to be a balance between several different performance characteristics. They need to be able to stick to the road in order to provide traction, but they can’t be too sticky, or the engine will have to work that much harder in order to overcome the friction they create. They also need to be made of a material that is soft enough to provide traction yet still wears well, and is capable of lasting for tens of thousands of miles. Finally, the size of the tire and the depth of the tread also contribute to how much energy it takes to get the tire moving, with taller wheels generally requiring more energy. The same is true of knobbier, deeper tread patterns, such as those found on off-road tires.

Well, yes and no. Unfortunately, due to the most commonly used methods of reducing a tire’s rolling resistance, there is a rather significant safety trade off when it comes to grip and stopping power. Since the primary technique used in creating low-rolling resistance tires is to use less rubber and more filler in the tire itself, there is less traction available to your vehicle, and this means that stopping distances increase dramatically. Not only that, but wet weather traction is also reduced, putting you at risk in sharp corners and in heavy breaking situations under rainy conditions.

This isn’t the kind of trade-off most people are willing to make just to save a few bucks at the fuel pump. Fortunately, there are other ways to reduce the rolling resistance of your truck’s standard tires that don’t introduce any safety concerns. Since the size of a tire’s overall diameter contributes to the amount of rolling resistance that must be overcome, you should avoid running oversized, off-road tires on a daily driven vehicle. A smaller tire with a less aggressive tread pattern will help get your truck moving with a lot less effort – not to mention the money you will save on tread wear. A truck with better matched tires will also handle in a safer fashion on asphalt. If you are really concerned about your truck’s rolling resistance, then it’s better to save the swampers for off-road use only.

NOTE: Making sure that your tires are properly inflated (35 PSI is a good number for most uses) ensures that your tires aren’t causing any more resistance than necessary. Under-inflated tires generate more friction, reducing fuel economy and tire life.