The Sprint Booster – What Is It, How Does It Work?

Electronic performance-enhancing products for the Toyota Tundra – or indeed, any pickup – are nothing new. In fact, we’ve discussed several of them in the past right here on this blog, including the Unichip ECU tuning system. Occasionally, however, we run across a device that makes such a novel claim that it occupies its own, unique product niche, which is exactly the situation with the Sprint Booster.

What comes in the Sprint Booster box.

What is the Sprint Booster? In a nutshell, it’s a small plug-in product sold by a company called Boulekos Dynamic that connects to the accelerator pedal module found in a wide range of cars and trucks. The company claims that the device can make almost any vehicle ‘feel’ faster by improving electronic throttle response, a feat it achieves by altering the signal that is sent from the accelerator pedal sensor to the throttle body in order to force it to open more rapidly. The Sprint Booster reduces the distance that the pedal must travel between idle and full throttle, effectively increasing the sensitivity of the throttle without any actual modifications being made mechanically or to the ECU’s software.

What The Sprint Booster Doesn’t Do

The Sprint Booster website is emphatic about explaining that the product doesn’t add any horsepower or torque to your vehicle – it simply changes the throttle curve to make the car or truck feel more lively, especially off the line and in the low to mid-rpm ranges. A 25% gain in throttle sensitivity is claimed for certain models, and the device itself offers three different settings: factory, Sport, and Race, which each dial-in a specific amount of enhanced throttle response. 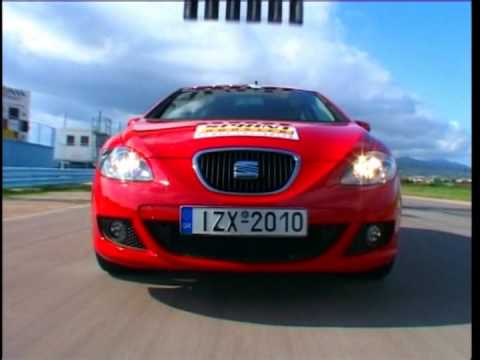 Sprint Booster is also not recommended for pure performance fanatics who frequently find themselves on the track or at the drag strip with their vehicles. In these driving situations the throttle is typically pinned to the floor most of the time, which eliminates the need for better response at the more modest engine speeds where the device is designed to shine.

The Sprint Booster website is loaded with testimonials – both video and in the form of visitor comments – that praise the product as well as discuss some of its drawbacks. Specifically, some users have reported that after a few weeks or months of use, Sprint Booster simply stops working and forces their car into ‘limp mode’ until they remove it. Warranty replacements are provided by Mini Mania, but several customers have experienced multiple Sprint Booster failures – a scary consideration should your vehicle’s throttle suddenly give up the ghost at the worst possible time out on the highway.

Most of the company’s customer base appears to be based in Europe and own smaller cars that are seeing a noticeable benefit from increased throttle response. The ‘seat of the pants’ dyno is often the most important one for drivers – especially while commuting – but the $329.99 price isn’t exactly cheap. If you are comfortable with tweaking your truck’s throttle response, but not achieving any actual power upgrades, then maybe Sprint Booster is for you. If you are looking for real-world performance gains, then a more in-depth ECU tuning product is a safer bet.

Would you buy one? Or is it just a waste of money?