Playing second-fiddle to its more popular, crossover-utility RX sibling, the 2015 Lexus GX 460 may share space on the dealer lot, but it is worlds apart. In fact, among nearly all luxury, off-road models, the GX 460 stands alone. 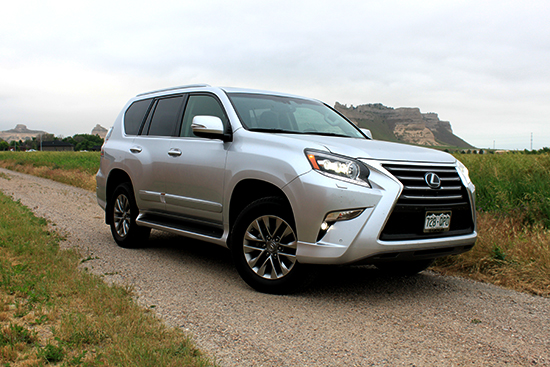 Recently redesigned a few years ago, the 2015 Lexus GX 460 sports the spindle grille design of other models as well as a gruff, strong exterior.

The Lexus GX460 is an interesting combination of luxury and off-road prowess. While the rest of the market has left this segment for cross-over, unibody vehicles, Lexus continues to offer a “throw-back” SUV. Yet, this doesn’t mean, Lexus hasn’t spent time and energy improving this product.

For example, new this year to the GX460 is a new, standard Siri Eyes Free Mode as well expanded music choices via the Enform App Suite. Now, before you scoff at these “improvements,” hop in any newer vehicle and try to use the navigation system. Frustrated? We thought so. With the Siri Eyes Free Mode, you can pair your iPhone to the vehicle and utilize all the ease of use Apple offers (see: deal, big). 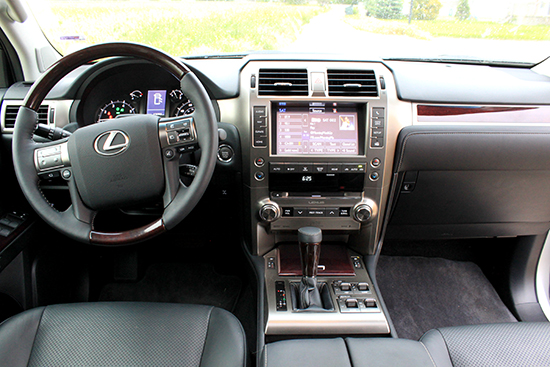 The truck-based SUV comes with several great goodies like an adaptive variable suspension. What’s that you say? It uses electronically controlled dampers to adjust to the road. Also, you can tailor how it handles via driving modes like Normal, Sport and Comfort.

Also, it features the outstanding Kinetic Dynamic Suspension System which utilizes hydraulic cylinders acting on stabilize bars to adjust to vehicle lean like when a tire loses traction. The KDSS system is a highlight of many advanced off-road rigs.

Oh did we mention the locking center differential as well which uses Torsen torque-sensing slip control. This differential electronically distributes power 40:60 for most driving situations. Another benefit is when you enter a curve. The Torsen differential automatically adjusts to split the torque to 30:70 to reduce sway and hold the corner better.

Through in our other favorite features like Crawl Control, Downhill Assist Control, Hill-start Assist Control and you can see why there is a lot of off-road capability in this SUV.

What does this all add up to? A very luxurious and easy to drive SUV which doesn’t feel like it is ever going to tip over.

How Does it Drive?

The off-road features are pretty cool, but how does it drive? Fair question. We felt like it offered power like a truck, handled more like a car and was a bit overwhelming.

First, the GX sports a 4.6L, V8 putting out 301HP and 329 lb-ft of torque. This combination is rated to tow up to 6,500-pounds and with standard trailer sway control, we can see it being well-equipped to handle that task. These power and towing numbers should sound familiar since they are nearly identical to the output from the Tundra’s less-known 4.6L, V8 engine option. Also, the towing capacity is within 200 lbs of a 2015 Toyota Tundra SR5 double cab. 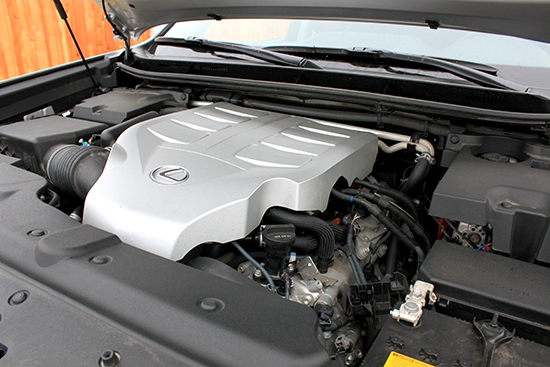 If this photo feels familiar, swap out the Lexus cover for a Toyota and you have a Tundra engine.

How can we say an SUV handled like a car? Are we nuts? Nah, it handled like a large sedan and thanks to the Torsen differential, it didn’t push so badly in the corners.

Why would we call it overwhelming? Simple, this SUV is loaded to the hilt with so many features, we probably forgot to use a few. For example, it has pre-collision system, driver attention monitor, lane departure alert, adaptive cruise control, Enform App Suite, Navigation, Bluetooth, Mark Levinson Premium Surround Sound Audio, 10-way adjustable front-seat, heated steering wheel, 3-zone automatic climate control, rain sensing wipers on top of the host of off-road capability features. There are literally knobs, switches and buttons all over the driver’s side cabin that it feels more like piloting than driving. 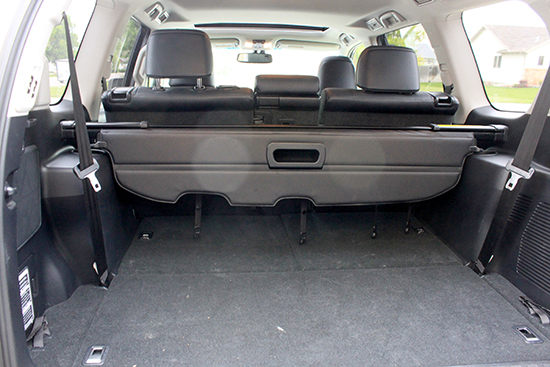 While it isn’t a truck bed, we found the Lexus GX 460 offered plenty of cargo space for our needs.

All of these systems work really well, with just one exception, the adaptive cruise control could use some attention. Nothing is wrong with it per se, but it is quite harsh when slowing down and speeding up.

If you didn’t know, adaptive cruise control uses sonar technology to sense other vehicles on the road and adapt to their speeds. For example, if you are cruising along at 70 MPH and the vehicle ahead of you is doing 60 MPH, the system will slow you down to match their speed when a pre-determined range is met (i.e., you get within a car length). When you change lanes or pass the slower vehicle, your vehicle speeds up to your cruising speed. This is a great feature and really handy for all sorts of traffic situations including rush hour. Side note: we have literally used adaptive cruise control to drive for us through rush hour. Our knees were really thankful.

As you may imagine, getting all of this off-road capability means you sacrifice fuel economy. The Lexus GX 460 is EPA-rated at 15/20/17 city/highway/combined. Plus, the luxury comes with a price. Our test model was priced at $65,980. 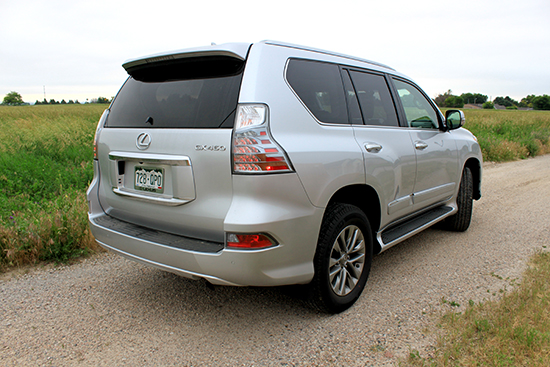 While the front has a good look, the rear could use a little tweaking. The taillights try a little too hard to be cool in our opinion.

Before you scoff at the price, consider this. The newest 2016 Ford F-150 Limited luxury pickup is expected to have a higher price tag than this Lexus GX 460.

Ultimately, the GX460 is a really fun SUV with many luxury touches. It is a marriage between truck and luxury, so it isn’t as plush as you may imagine, yet it is much more off-road capable than you would think. It is a low-volume vehicle with around 20k units sold each year. Yet, we can’t imagine those 20k customers being anything less than extremely pleased.