For weeks we have been reporting on all sorts of alternative fuels. Now, Indian-manufacture Tata has built a car that runs on compressed air. Yep, take a breath. Your car might run on that someday. 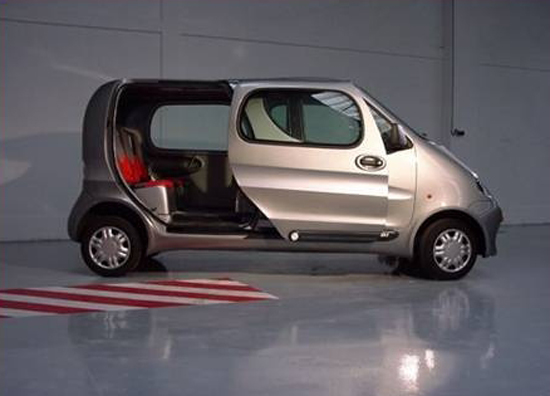 This Cab/Taxi 6 passenger concept runs on Compressed Air. Talk about being kind to the environment!

Tata has developed what is calls Tata Mini CAT, or Air Car, a compressed-air concept small car/taxi that could max out at 50 mph and would get 80 miles per gallon.

The real nice part? The infrastructure for fueling it up is already in place. Where you might wonder? At the gas station, not the gas pumps, but the air pump for filling up your car/bike tires. Many of these places allow you to fill up your tires for $1 per one minute. According to an article on Gas 2.0, the thought then is that it would take $2 to fill up the tank of the TaTa car/tax concept. That means it would run 80 miles on $2 worth of air.

Now there is some conflicting reports on whether these air pumps would be strong enough to actually fill up the tank. However, with the air already in place, it doesn’t seem to be so much of a stretch of the imagination that adding more infrastructure would be feasible. 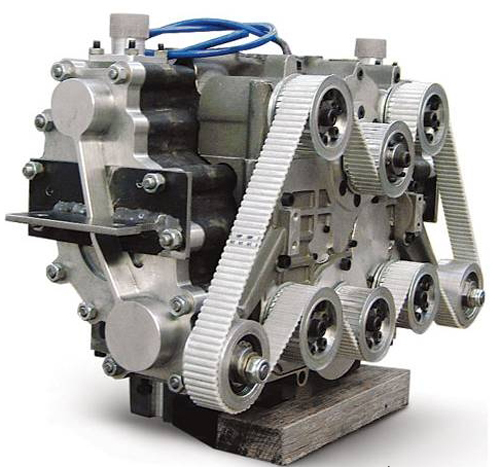 According to a story by Car Advice.com, the vehicle itself is a six-seat mini van using two 340-litre carbon fibre gas tanks which are filled with air to 4350psi. It also uses a tubular chassis design with fibreglass panels that are glued together, helping to keep weight down. All the accessories and in-car equipment are powered by a microprocessor. From the exhaust the only thing that is emitted is air, of around zero to minus 15 degrees in temperature.

TaTa has previously built a few different models including the Nano, a 58 mpg very inexpensive car and a very small Emo EV. While these models have proven that Tata is open to a lot of new, different ideas. It will take a lot of work to get consumers to buy into this new concept.

Reports have it that Tata is aiming to release the Mini CAT Air Car in India in 2012. The prices are expected to start around $12,000.