Imagine if someone could track your truck’s every movement, every second of the day, no matter where you were driving in the world.  Not only that, but imagine if they could keep a complete record of where you had been and for how long.  It sounds like something out of a science-fiction movie, but thanks to GPS technology, it’s a reality for any driver. 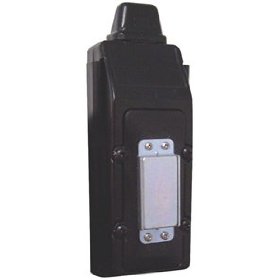 This Land Air Sea GPS tracker has a magnet so it can be attached to your vehicle.

GPS stands for Global Positioning System, which uses a network of satellites orbiting the earth to provide detailed location information to those with a receiver that can access their data stream.  Initially put into place by the US military decades ago, GPS can be used to pinpoint a location with a startling degree of accuracy. Most people are familiar with the use of GPS as a navigational aid, in the form of hand-held or vehicle-mounted systems that combine the positioning service with mapping software to help keep drivers or hikers from getting lost.  GPS is also a boon to marine navigation, providing a much more foolproof method getting from point A to point B on the ocean when compared to standard charts.  However, GPS can be employed in a few other functions, some of which are fairly cloak and dagger.

A GPS tracking device (like the Land Air Sea Tracking Key) is a relatively new consumer electronics item that interfaces with the GPS satellite system to maintain a constant fix on its own position.  This device can then either transmit tracking data to a central location (using a cellular or satellite telephone network), or it can store tracking data on board for retrieval later. Either way, a GPS tracking device can provide a real-time running tally of all of the places the device – and whatever the device is attached to – has been.

The applications of this type of tracking technology range from usefully benign to shades of Big Brother.  The most popular use of this kind of device is in auto theft recovery, wherein the tracking system is activated once a vehicle has been reported stolen.  However, these kinds of GPS trackers can also be used to monitor the behavior of drivers.  Since GPS can measure both distance and time, it can be used to calculate the speed of a vehicle almost instantaneously, making it an attractive tool not only for law enforcement but also for parents who want to keep tabs on how their children drive when borrowing mom or dad’s car for the night. Of course, we’ve all heard stories about GPS tracking devices being used to catch an adulterous spouse as well. Considering that many companies offer GPS tracking devices smaller than a pack of cigarettes with a self-contained magnet for clandestine attachment, the risk of someone secretly tracking your movements is very real.

To make matters worse (or better, depending upon what you think about GPS tracking) some states are lobbying for road use taxes to be based upon mileage traveled. Enforcement would be managed by the installation of a GPS ‘black box’ inside of every vehicle registered in these states. This idea raises obvious and reasonable concerns about the government (or your insurance company) having access to a database containing your detailed movements during the entire course of ownership of your vehicle.

For now, the privacy concerns associated with GPS tracking devices have largely been throttled by the cost of these systems.  However, as prices for GPS tracking systems continue to drop, interest in “anti-GPS tracking” is increasing. See our post “GPS Tracking Devices and Countermeasures – Prudence or Paranoia?” for more discussion on this topic.