If you haven’t been living under a rock for the past few years, you have probably heard of the GoPro camera and its suction mount. This camera is being used to film first-person footage of all sorts of things like  BMX tricks, Rally Car racing and Skiers. Could the suction mount be strong enough to fix a dent? Yep… well if you believe this video. 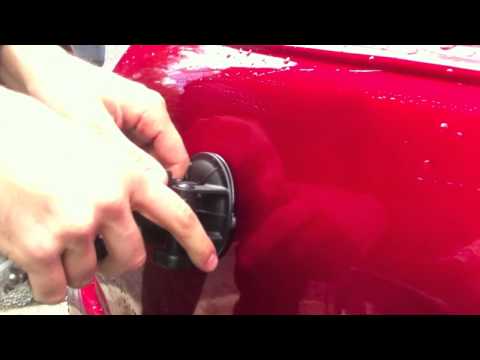 Incredible right? Typically this type of fix would have cost hundreds of dollars at a body shop. That same shop might even have gone as far as to suggest replacing the entire quarter panel. But, you could seemingly fix this problem with just some suction.

Yes, this could work. The way cars and trucks are built, it is possible to just suction the sheet metal back to its original form. While older steel-laden cars require hammers to bang out the dents, plastic-like (or even plastic) panels can pop with just some suction. In fact, depending on the size and location, a little water and a large toilet plunger can do the same thing, thanks to our friends at AutoBlog for pointing this out.

Why do we keep saying it is possible? Well, it is a video and there is currently some debate on the YouTube site as to whether it is real or not.  Specifically it looks like in at the :29 second mark of the video that the right quarter panel is still dented (or maybe also dented).

You be the judge? Is this video real and could a GoPro camera fix a dent?