GM’s big announcement of the re-launch of the Silverado and Sierra had one interesting tidbit – no more hybrids. Will other automakers follow suit and cancel their hybrid plans? 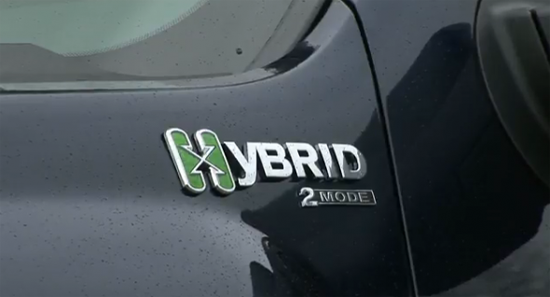 With Hybrids in full-size trucks and SUVs being canceled, what does this mean for Toyota? Will they ever offer a Hybrid Tundra?

The GMC Sierra and Chevy Silverado hybrids did have some of the highest MPG on the market – 20 mpg in the city. Yet, it also had a hefty price tag of $39,000 new ($7,000 more than a comparably equipped version).

Frankly, the lack fuel savings combined with a poor selection of models, limited options and towing capacity made it a tough sell to consumers. Based on the EPA estimates, fuel savings were often estimated at less than $1,000. Consumers responded largely by letting them sit on the lot. Total sales numbers for last year were just 3,114 down from a peak of 8,797 in 2009, according to GreenCarReports.com.

It seems that GM is putting its stock in traditional power sources for its vehicles like gasoline and diesel. In fact, GM CEO Reuss has said that GM stands firmly behind developing additional diesel fuel options for its products like in the new Chevy Colorado.

For Toyota fans, the question is will they ever come out with a Hybrid. You may remember they signed an agreement with Ford to co-develop a Hybrid powertrain. It seemed at the time and still seems odd that they would both come together especially with Ford’s focus on its EcoBoost engine. There really wasn’t much of a “win-win” for Ford involved in the partnership. Will Toyota cancel it? That is an interesting question.

Recently, Toyota told Autoweek that it is overhauling its engine plans. For many years, Toyota has been focused on developing its Hybrid and EV car technology. Now with a changing automotive market moving away from Hybrids to some degree, it will be interesting to see how Toyota responds. There had been some speculation that the new 2013 Toyota RAV4 could be offered in a Hybrid. Yet, Ford recently ditched the idea of having a Hybrid version of its comparable 2013 Escape.

The question is does the news of GM’s dumping of Hybrids lead to Toyota dumping any thoughts on a Hybrid Tundra?

What do you think? Will Toyota ever come out with a Hybrid Tundra?