By now most every truck fan knows that Ford has been charge air cooler humidity issue causing limp mode. Is the lawsuit a big deal or small potatoes? 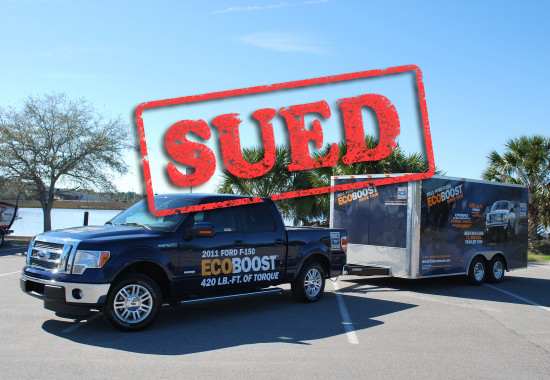 Ford has been sued by a three owners who say the truck was built and designed poorly. Big deal or small potatoes?

The lawsuit, so far, has just three owners who are saying that 3.5-L V6 EcoBoost engine “contained serious latent design, manufacturing, or assembly defects,” according to an Autoweek.com story. Essentially, the complaint is that these defects cause the truck to go into limp mode (a rather scary driving event).

Now we have covered this issue before, the issue resides in humidity building up in the charge air cooler. This build up leads to the water getting to the engine which triggers safety sensors that puts the engine in “safe” (or limp) mode. The story we hear is that the part is actually performing “too well” and it is cooling the hot humid air too quickly causing condensation to build up.

Ford has developed a replacement part and is fixing vehicles on a as needed basis. The haven’t issued any recall yet nor have they directly notified owners of the issue (as far as we know).

Here is the truth as we see it. The lawsuit is garbage in that the design doesn’t have any latent design, manufacturing or assembly defects. Frankly, the problem is simply the design works too well. The place where we take exception is in the communication of the problem. Ford SHOULD have come right out and said, we know there is a problem, here is the fix and please have it fixed for free. They could have easily notified the NHTSA about the issue, gathered a list of owners and mailed a letterTHAT is the piece that the lawsuit should address.

Now, we could very well see this lawsuit grow and become a class action suit. It is interesting that all three of the owners are in Ohio (why not Florida, Alabama, Georgia, etc…). They could easily find more owners having this issue by searching forums and auto registration data.

The facts are that we live in a world with immediate information sharing, video and social media. Automakers, as a whole, have to know that if one owner experiences an issue the rest will know within a short matter of time. They need to be pro-active on the public relations end of things and not re-active.

What do you think? Is the lawsuit a big deal?