The Environmental Protection Agency has given its final approval for 15-percent ethanol blends for sale at all consumer gas stations nationwide effective immediately. Sounds like good news for flex-fuel drivers, yet there are still some roadblocks and industry criticism. 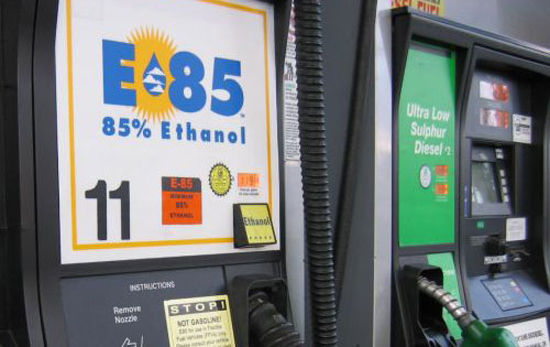 While E85 has been out for a while, the EPA has given its final approval to E15.

Since the introduction of the Ethanol blend fuel, it has been under scrutiny as to the potential benefits and downsides. This scrutiny has meant that the EPA has taken its time giving its final approval for blend. According to Consumer Reports, “First, the agency approved the fuel for use in 2007 and newer cars and trucks in 2010. Then in January 2011, it expanded the approval to all vehicles made since 2001. Last July the agency devised a label that would be required on pumps selling E15, so consumers who drive older cars would be able to tell the difference. In April, EPA approved the production of E15.”

Many organizations have opposed the final approval and sale of the E15 citing a variety of issues including consumer confusion and engine durability. Plus there is some question to how useful the fuel is. It is true that it can help reduce oil consumption by blending in gas yet it doesn’t improve gas mileage. Rather the pump fueling savings are a wash compared with the lower fuel economy. And there are still local and state regulations that are holding back the full implementation of the ethanol blend.

There is also some criticism about how the government can give energy credits to manufactures who build flex-fuel vehicles when they don’t necessarily help the environment nor reduce oil usage.

While E15 could be an effective way to reduce petroleum consumption on a national basis, blending additional quantities beyond E10 poses compatibility hurdles with both infrastructure and vehicles. As a liquid fuel that has been produced for centuries, ethanol should require the fewest changes from traditional petroleum of any available alternative.

What do you think? Should we even bother spending time on Ethanol fuel?