Lately there seems to be a lot of talk about Compressed Natural Gas trucks and conversion kits. This trend, plus the absurdly rising gas prices, has us wondering is CNG a viable bi-fuel source for full-size trucks?

While the facts differ at times, here is the most recent reliable information we have found. 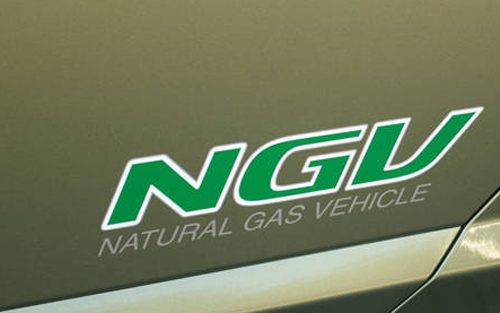 What's the deal with CNG, is it the future of full-size truck engines or is it only for commercial and Government fleets?

Currently Chrysler is planning to build a CNG-powered Dodge Ram truck, Vechurs Motor Systems recently debuted a converted CNG-powered Ford F-250, reports have it GM will offer a bi-fuel Chrevrolet Silverado and GMC Sierra 2500 pickups and Ford is planning to offer a conversion kit for the F-650 all by the year 2013. While most of these trucks are for commerical and Government fleets, the trend to build more bi-fuel CNG/gasoline engines is obvious.

What’s the deal with CNG?
CNG is a fossil fuel that is comprised mostly of methane and nearly 87 percent of it is domestically produced. It is an earth-friendly fuel that can produce 60-90 percent less smog-producing pollutants than gas. And it is currently cheaper than gasoline per gallon. However, it is hard to compare apples to apples with regards to price per gallon since CNG engines are slightly less fuel-efficient due to the gas having less energy per unit.

Why Build Them?
Most CNG vehicles that are coming out are destined for commercial or Government fleets. This is for many reasons including:

These benefits combined with the Environmental Protection Agency consistent pushing for lower CO2 emitting vehicles are driving the production of bi-fuel trucks. While yes, they are more expensive than there gasoline counterparts, the long-term benefits and Government incentives (commercial buyers) makes them an increasingly wise decision.

Yeah, but how do they drive?
According to the Department of Energy, “Natural gas vehicles are similar to gasoline or diesel vehicles with regard to power, acceleration, and cruising speed.” That’s nice, but how will it really perform in heavy-duty trucks?

As was reported in the Ford F-250 Park Ranger story, handling and driving were very comparable. However, the truck lacked the power needed to tackle the more difficult trails. The other truth is that acceleration is compromised when driving a CNG-powered vehicle. These issues have meant CNG has been better suited for small cars like the Honda Civic.

The jury is still out on whether a full-size, heavy-duty bi-fuel CNG pickup will perform (power, towing) the same as a straight gasoline/diesel truck.

What does this mean for Consumers?
For a long time now, trucks owners have been pushing for more diesel engines in full-size trucks (Tundra) and in compact trucks like the Toyota Tacoma. However, auto manufactures aren’t building them. And importing diesel powered compact trucks has been filled with strife (see Mahindra). Instead they are researching and developing a whole host of different ideas including everything from new engines types like Ford’s V6 EcoBoost to Homogeneous Charge Compression Ignition and Hybrids. They are also looking to build new, smaller trucks like Daimler’s Smart for Us and the recent rumors of a new Scion-based truck.

All of this news is combined with the changing dynamics of diesel that include gasoline engines catching up in fuel efficiency and the gap in price closing means bi-fuel engines seem to be the future.

The Big Problem, how do you fill it up?
With all the promise of CNG, the big problem still remains, a lack of public fueling stations. Yes, you can sometimes use commercial stations, but this isn’t a long-term solution.

How will the promise of CNG play out? Will truck manufactures build them only to find no market for them due to fueling issues? Or will electric hybrid engines be the better option?