A few recent news items could see changes for the Toyota truck lineup. These changes amount to increased pressure on both truck’s sales and could force Toyota to substantially rethink their business plan. 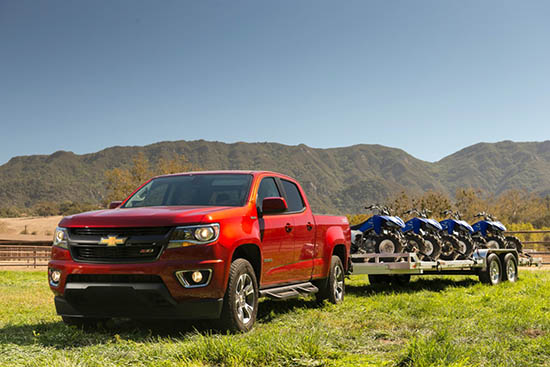 The diesel Chevy Colorado is rated at 31 MPG which is a big increase over the gas Tacoma.

In case you haven’t heard, the two recent news items of the Chevy Colorado Diesel MPG being released and the news of likely return of a Ford Ranger, both add up to increased competition for the Tacoma – Toyota’s bread and butter truck. With increased pressure on its market leader, Toyota will likely be forced to reconsider its truck business. Do they decide to make an investment in powertrain and assembly? Or are they happy to stand pat with what they have?

Whether you are a Chevy fan or not, I foresee the Colorado Diesel adding pressure on Tacoma sales. Why? It is a really fun truck to drive and with fuel economy of 31 MPG highway for 2WD and 29 MPG highway for 4WD, it offers some pretty darn amazing fuel economy. Considering the 2WD Tacoma gets 24 MPG, this is a big difference.

Sure, the increased price of $3,700 for the diesel Colorado will give buyers pause, yet once behind the wheel they will realize it is substantially better than the gas V6.

Finally, yes critics are correct. A Colorado Diesel will likely ring up to $40k and that seems like a lot for a mid-size truck. Yet, GM is working on bringing out a Denali version of their GMC to meet consumer demand – this will easily be a $40k plus truck – and both versions of the popular Tacoma TRD packages run around $35-38k. When you are spending in the mid 30s and another $3,700 gives you 7 MPG more highway (Colorado vs. Tacoma), wouldn’t you strongly consider it? 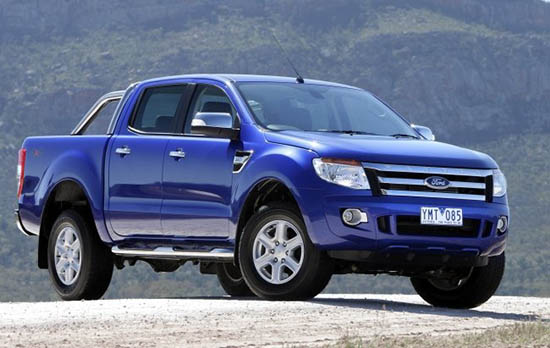 A big Tacoma rival is set to return in the Ford Ranger.

Several sources are now reporting that the likelihood of a Ford Ranger coming back to the U.S. is pretty high. The reasoning being, the business case has changed for the truck with the rebirth of the mid-size market and an ongoing UAW contract negotiations. The UAW, as it should, is fighting for jobs for its workers and one of their requests is for new vehicles to be built at the Wayne, Michigan assembly plant. This request is due to Ford moving car production out of the U.S. which leaves a hole at that assembly plant. In order to fill the hole, Ford is talking about building a Ranger as well as a Bronco.

An interesting part of this discussion is not IF they will build it, but what shape the Ranger will take and/or will they sell it in the U.S. A fact, glossed over by many, is that they could simply export the truck from the U.S. Toyota exports many vehicles from the U.S., however, it also sells those vehicles here as well. An interesting side note at the very least. Do I think they would opt not to sell it here? Not really, but setting up a distribution system, marketing item, designing it to meet U.S. crash and safety standards, etc… will play a role in that decision.

Historically, the Tacoma has beaten the Ranger for the best selling mid-size truck, yet a new mid-size competitor will cost Toyota some sales. It could also cannibalize some F-150 sales.

Increased competition is a good thing for the consumer since it makes manufactures respond to their needs. In this case, the increased competition of both a diesel engine and a new model will force Toyota to respond to the changing market. While it is true, Toyota has a strong truck position at the moment with both assembly plants building as many truck as they can, cutting into this production means lost profits for Toyota.

Both trucks are included in this since decreased Tacoma sales likely means the production mix will shift to building more Tundra pickups. With more Tundra pickups on dealer lots, Toyota will be better able to judge just how much unmet need their really is for the truck. If that need is meet, production at both plants could be reduced and along with it profits.

Like any company, lost profits means changes. Even though, Toyota says they are happy with their current truck market share, I could see this share reduced with these new offerings. That won’t make Toyota very happy and, with their resources, could amount to waking a sleeping giant.

What does all of this mean? A diesel Tacoma? A heavy-duty Tundra? A diesel Tundra? Likely all of the above if Toyota decides to invest the resources. Like any company, Toyota will have to respond to changing market conditions by offering anything the customer may be looking for. This surely has to mean addressing fuel economy needs – a key issue for both trucks.