Chevrolet has announced plans to discontinue their unique Avalanches pickup in 2013. It will go out in style with a Black Diamond special edition. Will this truck be remembered as a pioneer or a dud? 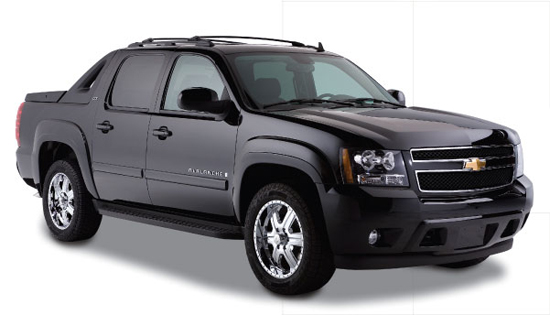 The somewhat awkward Chevy Avalanche will be discontinued in 2013 .

The Chevy Avalanche was first introduced in 2001 with four-doors (crew cab), more car-like interior and of course its best known feature, the “midgate” hatch to add more cargo room for longer hauls.

While it started strong reaching more than 93,000 trucks sold in its third year, sales have dropped to the mid 20’s the last two years.

Most people believe the drop is sales is due in part to the Avalanche’s success. Prior to the truck hitting the market, many trucks were seen as “work” trucks with very little family friendly interior and few four-door models available. Nowadays, there are dozens of crew cab, luxury type trucks to choose from and the market is full of larger, family friendly trucks.

Another theory is that the quirkiness of the midgate hatch didn’t quite catch on completely with some truck owners, preferring the traditional truck look and not a crossover.

While this news is just the latest in an industry where car makers are consolidating their brands and focusing on their top sellers, it is a sad day for anyone hoping for a little variety in car shopping.

What then is the legacy of the Avalanche? Will it be remembered as the truck that helped push crew cabs into the mainstream? Or that truck with the weird midgate?