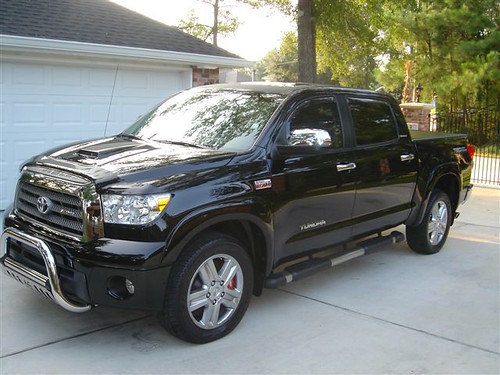 We got an email from Nachy a few days ago, and we were amazed when we read about all the equipment he’s put on his truck. The list is crazy — the only thing he’s missing is the proverbial “kitchen sink.” 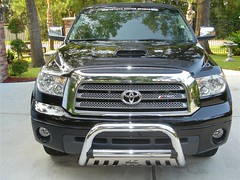 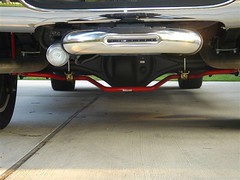 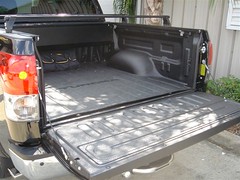 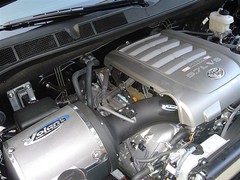 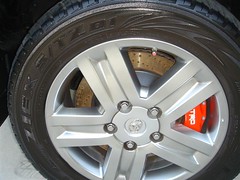 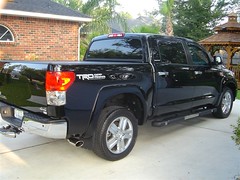 We’ve only got room for a few, but Nachy sent us plenty of photos. You can see them all and get closer detail and explanations.

Even crazier, check out the 152 decible train horn wired into the factory harness that works with the
factory alarm. Yikes! No one is going to steal that truck. Nobody. 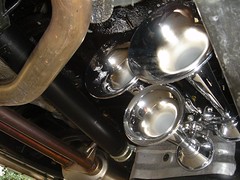 Coming soon — TRD Supercharger. As soon as it comes in, Nachy’s going to put it on his truck. Wow. This is the truck we dream about. Really. We dream about trucks. So? Like you don’t.

The modern internal combustion engine is, first and foremost, a pump. It pumps in an air/fuel mixture, and it pumps out power, heat, and combustion byproducts. If you want to improve the efficiency of any pump, one method is to remove any restrictions placed on intake or output. When it comes to most engines, that means intake and exhaust. Since we’ve already covered the Tundra Exhaust System, we’ll focus now on the intake system.

Those are the words that sum up our feelings towards WileETundra’s Online Modification Guide. Not only is it a huge task, but it’s an awesome compilation of information and it’s made us very jealous — we wish we would have thought of it first.

Bravo WileE, and keep em’ coming. We love reading about your mods. 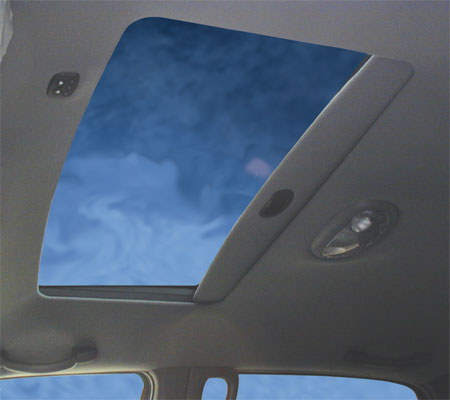 First of all, it’s important to understand exactly what happens when an after-market sunroof is installed:

If you’ve considered buying a tonneau cover for your truck then you’ve probably heard someone tell you that it will improve your gas mileage. They say that because tonneau covers streamline your truck’s bed, they reduce drag improve fuel economy. Too bad it’s a GROSS EXAGGERATION.

Studies have shown that tonneau covers reduce aerodynamic drag. SEMA (the society for aftermarket equipment manufacturers) conducted a study in January 07′ that found tonneau covers reduce aerodynamic drag 4.2-7.8%, depending upon speed. This is the most recent study touted by SEMA, replacing one conducted on a 97′ Dodge Ram nearly 10 years earlier. Interestingly enough, SEMA steers clear of telling us how much fuel savings a “4.2-7.8%” reduction in drag would be. Instead, they say quote: “other tests would need to be conducted in order for fuel economy to be calculated, but it is safe to say that a reduction in drag would improve fuel efficiency for these pickups.”

OUR BS METER WENT OFF when we read that last line. Is SEMA actually saying that they spent the money to test aerodynamic drag on four different trucks, but that they didn’t spend just a little bit more to find out about actual real-world fuel economy savings? Something doesn’t smell right…

Here’s our interpretation of the study:

1) The largest reduction in aerodynamic drag (7.8%) was observed at 85mph. If we’re generous, we could assume that 75% of the engine’s power is being used to overcome the force of drag at this speed (the other 25% goes to tire friction, heat loss, etc.). If drag is reduced by 8%, that would result in a 6% reduction in engine workload. If the truck averages 18 mpg at this speed, then reducing engine workload 6% would improve fuel economy 1.08 mpg. SO, at 85 mph, expect to see about a 1 mpg improvement with a tonneau cover.

2) At a more realistic highway speed of 65 mph, drag is reduced about 5.5%. Using the same math as above but assuming that only half of the engine’s power is being used to overcome drag at this lower speed, fuel economy is improved by 0.5 mpg.

3) At 55mph or below, the fuel economy benefit basically disappears. Aerodynamic drag isn’t significant until you reach speeds of about 55-60 mph. Technically there would be a fuel savings, but it would be small. Less than a tenth of a mpg.

4) Finally, there were 6 different tonneau covers tested. SEMA didn’t disclose which was which, but we’re fairly certain that a fitted, over the rail solid fiberglass tonneau cover gives the best fuel economy results. The cloth/vinyl covers buffet in the wind, and anything that doesn’t go over the rail creates it’s own vortex. Painted to match, these covers cost $700 to $1100 installed.

Now before anyone goes off on us for making assumptions, etc., we did speak with a couple of engineers when writing this article. They emphasized these are rough numbers, and that they could be off by as much as 25%. That means that the best case fuel economy improvement is 1.35 mpg at 85 mph, and 0.63 mpg at 65 mph.

Assuming gas is $3.50 per gallon, here’s how the best case math works out:

Driving your tonneau cover equipped truck at 65mph for 20 minutes per day would save you 0.04 gallons of gas, or about $0.14 per day. Under these circumstances, we figure it will take about 30 years of workday commuting to save enough to earn back the cost of a $1000 tonneau cover.

Drive your tonneau cover equipped truck at 85mph for 60 minutes a day and you’ll save 0.33 gallons of gas, or about $1.16 per day. We figure that’s only 3 years and 7 months of workday commuting to earn back a $1000 tonneau cover. Of course, during that same period, you’ll spend over $13k on fuel. We feel sorry for anyone that has to drive their truck 85mph for 60 minutes a day — the fuel costs for just three years would be enough to buy a nice toy (ATV, boat, motorcycle, etc.).

Bottomline: Tonneau covers DO save gas, but not very much. While the aerodynamic drag numbers sound impressive (4-8% reduction), they don’t actually result in enough gas savings to justify the expense for a normal user. If you buy a tonneau, do it because it keeps your bed dry and secure.