Are Auto Manufacturers Intentionally Making It Hard For You To Maintain Your Own Car?

It seems like every year new vehicles are getting more and more complex to work on. It is getting so the average Joe can’t work on their own car anymore. What gives? Are auto manufactures making it harder? Or is it something else? 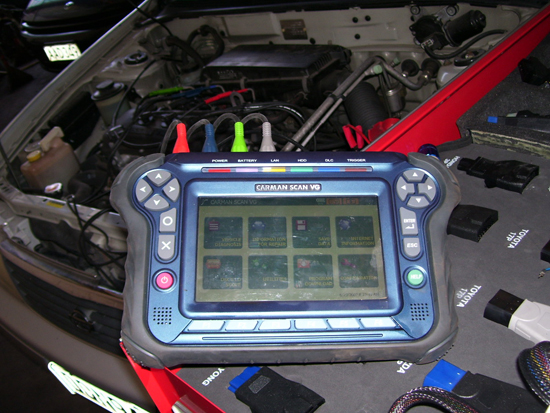 Is it auto manufactures, government regulations, consumers or something else that is making it more difficult for you to maintain your car?

Before we begin blaming anyone, the fact is that cars and trucks are becoming more and more computer like. This is the result of many things including:

This has created an adage of the “just one more thing that can break.” But, whose to blame? Is it auto manufactures intentionally trying to make repairs more difficult?

For this article, we started by interviewing “Bob,” a 34-year veteran truck industry quality control specialist for a major truck manufacturer. We decided to keep his last name and the name of the company private. This debate is about auto manufacturers not one specific guy at a specific manufacturer.

Bob told us that his manufacturer, during the new truck mock-up process, spends a lot of time looking at serviceability of the truck. They even call in service department managers to discuss the placement of parts that need frequent servicing. They want to help them service the truck better. He said “part of the design process we look at is serviceability. It is a big part of the design process. We want to make it easy as we can.”

He also said a big part of the serviceability debate is the new Federal Government regulations. These new fuel economy goals simply mean that more computer chips and advanced parts have to be in new vehicles. Auto manufacturers can’t meet these goals without them. Manufacturers are also trying to make safer vehicles. These new vehicle parameters of building safer and more fuel efficient trucks while being environmentally friendly drives up the cost of new vehicles. It also makes the serviceability of these vehicles more expensive and difficult because there are more computers involved.

Speaking of computers, what about the new computer codes diagnostics cars have? Aren’t they supposed to make it easier to diagnose a problem and thus  close the gap between repair shops and do-it-yourselfers? Not really.

Recently, Popular Mechanics interviewed a long-time dealer service manager who talked about them and how people can go to Autozone or buy a reader instead of going to a dealer.

Check Engine lights are big moneymakers for dealers and also the bane of a service manager’s existence. Anyone can use a code reader. But what does the code mean? For every code there need to be additional diagnostics. I’ve had customers come in and tell me to swap some part, because they’re sure it’s the problem. But all that is is a really expensive guess. They might be right 10 to 20 percent of the time, close 20 percent of the time, and dead wrong 60 percent of the time. I had a customer go through six oxygen sensors when all it was was a shorted wire.

The debate over repair codes and the amount of information that manufactures pass along to consumers and independent repair shops has gotten to the point that several lawmakers are getting involved. There is a bill in Massachuettes that is being debated that would “even the playing field” a bit by requiring manufacturers to share all their technical data with independent shops, instead of just sharing it with dealers. The controversy is that this bill undermines dealers, the fairness of which is balanced between the needs of the consumer (who would like to go anywhere for repairs) and the dealership, who invested millions of dollars partially because they have some exclusive information they can leverage if/when repairs are needed.

Another view into this issue comes from a very insightful comment on the above Popular Mechanics article from a self described Snap-on Tool rep.

I am a Snap On Tool rep, and I see the challenges auto Tech’s face every day. The car makers change their product-line constantly, and the men and women who have to repair them are playing ‘catch-up’ constantly with new technology and the tools needed to keep up. I used to have a skeptical view of the auto repair business prior to becoming a tool salesman. Not any more. There is not a more thankless and disrespected profession out there. These people face endless abuse and hostility. The car makers are the ones who should have to answer to the public. Dealerships are the public ‘face’ of the corporate structure that designs, builds and distributes the average car.

The advances in technology that we see every day built into our family car is driven partly by the consumer and partly by government decree. Both shape the product we see on the show room floor. Both are responsible for the spiraling cost of auto repair.

The difficulties of being a mechanic can cause lots of issues for service manager and consumers. Consider the story of rural service shops who struggle to find mechanics to fill open positions. Rural Service managers work hard in trying to get the best techs they can find, however, this means the increased cost of advanced techs is passed along to the consumer. So, your car isn’t just getting harder to service, it is getting more expensive as well.

In the end, the question remains. Why is your car more difficult to service? Auto manufactures, government regulations, consumer demand for “cool” technologies or some other reason? What do you think? Use our poll and cast your vote.

Why Are Cars Hard To Fix?