Is Homogenous Charge Compression Ignition (HCCI) the next big thing for the auto industry? Will it be the perfect marriage of low emissions, high fuel economy, and performance? Probably not, but it very well could be a significant transition, that first step to pry us out of our gas-slurping speedsters without an insurmountable culture shock. [This is a follow-up to our article on HCCI from last week, Emerging Engine Technology – HCCI – What is it? Give it a read if you haven’t already or a lot of this won’t make sense.] 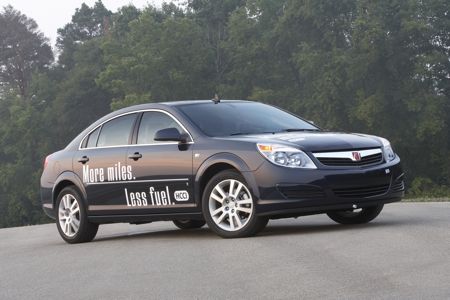 Saturn Aura with an HCCI engine.

In today’s auto market, a combination of desperation and advanced engine management systems has solved a lot of HCCI’s inherent problems. In May 2008, GM rolled out a Saturn Aura HCCI prototype, a hybrid of HCCI and traditional spark-ignition that delivers 15-percent gas savings with a 4-cylinder, 2.2-liter engine rated at 180 hp.

The response to the technology and the Aura is mixed. The greens don’t think it goes far enough in fuel savings and question the industry’s obsession with fossil-fuels. The performance side looks at the horsepower rating and sneers. So, let’s try to bridge the gap with the tried-and-true Pro and Con evaluation:

Emerging Engine Technology – HCCI – What is it?

Engineers started fiddling around with HCCI (Homogeneous Charge Compression Ignition) in the late 1970s. While the possibilities that HCCI offered were intriguing (especially the fuel economy savings), the technology was too complicated for the time. HCCI research was relegated to the back shelf – until recently when the search for more efficient, eco-friendly gas-sipping engines became priority number one for the auto industry.

HCCI could very well be, if not THE answer to our gas price and oil consumption woes, at least a serious transition from current technology to some sort of future non-fossil fuel engine. What it is requires a little more explanation, and that explanation starts with what HCCI isn’t. 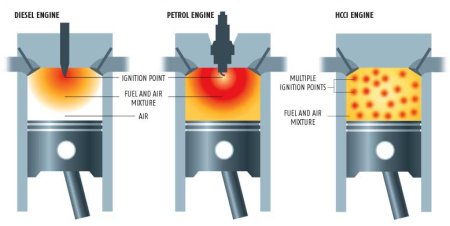 With conventional gas engines, ignition of the fuel/air mixture is achieved with a spark.

It seems hard to believe, especially in the current economy, but there will always be a market for ultra-high end products targeted at those who are less interested in value and more concerned with showing off their purchasing power. Whether it’s a 200 foot yacht, a private jet airplane or a quarter-million dollar supercar, conspicuous consumption will always find a way to trump practicality and common sense. 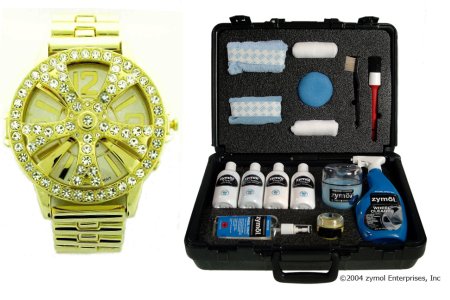 Sometimes this attitude seeps into unexpected places. A prime example can be found in the world of detailing. While the market is certainly flooded with expensive waxes and polishes, there are some products out there that cause jaws to drop when the price tag is revealed. The Zymol Complete Kit is one of these.

GPS tracking is a popular buzzword, and not just in the automotive industry. Most of the public is quite familiar with General Motors OnStar service that uses Global Positioning System technology to track the location of an automobile via satellite in order to provide emergency assistance or real-time directions. However, GPS tracking is also employed in an increasingly large number of personal electronics items for both navigation and theft recovery.

While it’s hard to deny the convenience of GPS tracking systems, there is a certain creepiness associated with the idea that your position is constantly being tracked. While many argue against government mandated GPS tracking of your car or cell phone (for obvious reasons), there is a growing trade in “personal” GPS tracking devices.

These “personal” devices can be used for something as benign as tracking vehicle mileage for tax purposes, or they can be used to keep track of teen drivers, wandering spouses, etc. Many of these personal GPS tracking devices are designed to be clandestine – some are painted black and equipped with magnets that allow them to be hidden underneath or inside vehicles, for example (see the Land Air Sea GPS Tracking Key).

As a result of the popularity of these “personal” GPS tracking devices, a number of different countermeasures to GPS surveillance have sprouted up

If you have young children, then you have probably thought long and hard about installing a backup camera on your pickup. Even if you don’t have kids, not knowing what is directly behind your truck while backing up can put butterflies in the stomach of even the most experienced driver. It’s embarrassing to lightly tap a wall or back over someone’s bike, and you can really damage your vehicle if something were to occur with the tailgate down. Likewise, young ones can’t always be counted on make the best decisions while playing near your parking area. 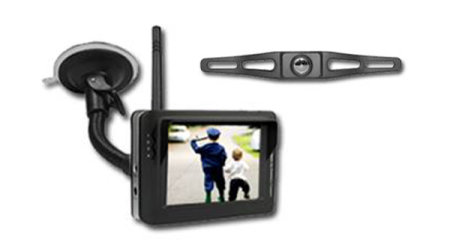 There are many different camera options available for most trucks, including three for the Tundra.