There’s a great generational divide when it comes to cars.

If you’re over 30, chances are that you see automobiles as status symbols; under 30 and you’re more likely to see them as sources of air pollution. Generation Y motorists have very different transportation consumption habits than did their Baby Boomer and Generation X predecessors. According to more than a few studies and surveys, Gen Y would rather take public transportation than buy their own cars. What’s more, when gen Y does buy cars, they prefer smaller, foreign, gas-efficient vehicles like Scions, Mitsubishis and Mazdas over familiar American brands like Ford and Chevrolet.

While it’s true that “Generation Y” is really nothing more than a nickname for a large demographic born between the mid-1980s and the mid-1990s, and that it’s therefore silly to make generalizations about Gen Y, it’s still very interesting to talk about this group of 80 million young people because:

If the Gen Y studies are to be trusted, there’s some very bad news for Ford, GM, and Chrysler-Fiat: The members of Gen Y don’t like the so-called “domestics.”

What Can I Do To Improve The Ride Quality On My Lifted Truck? Ask TundraHQ

A recent commenter on our Tundra tire replacement guide asked:

I’m a new owner of a 2008 Toyota Tundra with a 3 inch lift kit, and I’ve noticed that the ride on my lifted 2008 is much rougher than the ride on a new 2011. My question is: What can I do to improve the ride quality on my lifted truck? 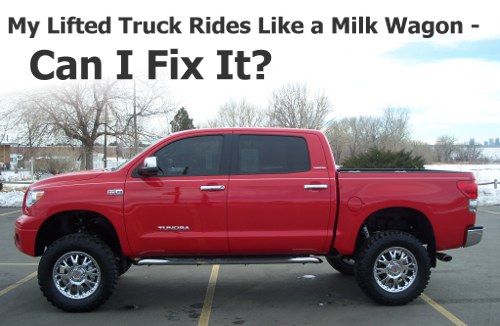 Does your lifted truck have a harsh, poor quality ride? There are some things you can do to fix it.

While lift kits usually degrade a truck’s ride and handling (at least most commonly installed kits), there are some things you can do to “treat” the rough ride problem.

VIDEO: Making Fun of Corolla, and A Supra Busts A Woman’s Top

Two funny videos for you today. The first video is the winner in a KBB.com “Create Your Own Car Commercial” – and a very funny one at that. Making fun of a Corolla is easy (not much sexy about a Corolla, right), but this guy does a great job. Definitely worth a look. 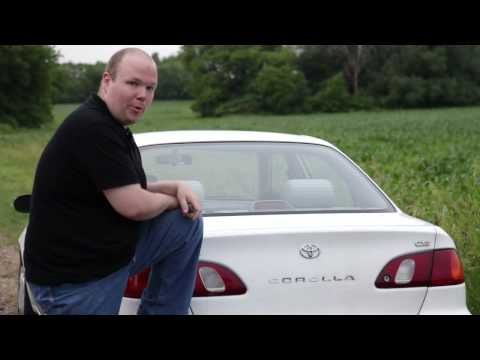 The second video shows a woman riding around in a Toyota Supra on a drifting track. Unfortunately for her, the g-forces were too much for her blouse.

Here’s a question for beer drinkers everywhere: Would you ever consider drinking a different brand?

For example, let’s say you’re a big Coors fan like me. Would you try out a Miller Lite or a BudWeiser or a Sam Adams? What if, for sake of argument, some study came out that said Coors beer was bad for you and that Budweiser was good for you. Assuming the study was legit, would you switch? Would you at least give Budweiser a legitimate chance?

Of course you would. Only an idiot would blindly stand behind a brand…yet this is exactly what many Ford, GM, and Ram buyers do every day. Rather than sample the rest of the marketplace, they blindly state that “GM is the best ever” or “Ford is the best ever” or whatever…it’s pathetic. Check out the first 17 seconds of this video from a NY Chevy dealer:

They have the audacity to call this a “Toyota Tundra Analysis” video…where, exactly, is the analysis?

Prepare for a rant regarding the stupidity of some domestic truck buyers in 3, 2, 1…