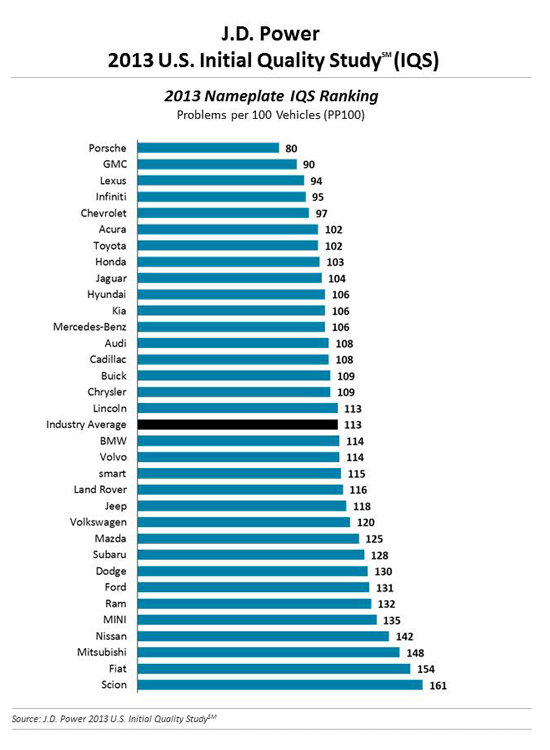 Nano-Clear Coating Review – The Science is Cool, But The Results Are Underwhelming 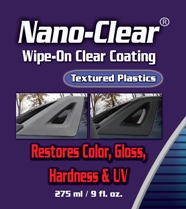 I’m a science nerd, so when I read about Nano-Clear – a new coating that promises to restore the original luster of plastic parts, protect painted surfaces, reduce aerodynamic drag, and even “self heal” minor scratches, I was excited. So excited I didn’t hesitate to order a small bottle of the stuff from the Nanovere Technologies website. that is supposed to restore textured plastics, i.e. the often faded black plastic used for truck mirrors, bed rails, etc.

When my small bottle of Nano-Clear coating arrived, I couldn’t wait to put it to the test. While I’m still a huge fan of the idea behind Nano-Clear, my simple review of the product was underwhelming.

How Can Anyone Be Loyal To The “Domestics” When They’ve Laid Off Thousands?

As a long-time fan of the Toyota product, I’ve heard or read hundreds of comments about how Toyota isn’t an “American” company, that buying a Toyota product is hurting the American worker, etc.

I’ve always tried to educate the people who make these statements, explaining that 1) most “domestic” cars aren’t nearly as domestic as they think and that 2) some Toyotas (and Nissans and what have you) are designed, built, and sourced in the USA (like the Tundra).

Yet sometimes this info falls on deaf ears.

So, instead of detailed explanations about where Toyota’s profits go or numerous examples of supposedly imported products winning “most American” awards, I’m just going to talk about two numbers:

The first number? The number of workers fired or laid off by GM, Chrylser-Fiat, and Ford since the year 2000. The second? Workers hired by Toyota, Nissan, Daimler etc.*

Rumors of a Hyundai pickup truck have been flying around for a few years now, with the most substantial being a rumored tie-up with Chrysler-Fiat. While that particular rumor has died, a new (and well sourced) rumor has Hyundai importing a mid-size pickup truck in 2017.

The truck would be based on the long wheel base version of the Santa Fe, would be built in Korea (Ulsan), and would challenge the Tacoma, the soon-to-debut Chevy Colorado, and the Nissan Frontier for a slice of the North American pickup truck market. This truck would also be sold outside North America to compete with the Ford Ranger and Toyota Hilux. 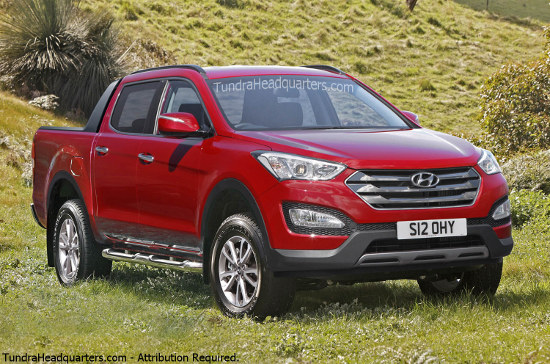 This rendering of the rumored Hyundai pickup based on the Santa Fe – which we’re calling the Santa Cruz – looks feasible, doesn’t it? Click for a larger view.

What follows is an analysis of this rumored truck, with informed estimates about this truck’s name, configuration, and specs. As always, we’ve taken the time to consult with various sources in the industry when preparing this estimate. This isn’t to say that what we’re presenting here is factual, but we feel it’s a good first guess at Hyundai’s future truck plans…and there are a lot of reasons to expect this pickup in 2017 or 2018.

We’re Giving Away Some Horns!

The creator of the Toyota devil horns emblem shown below has graciously given us an emblem that fits a 2007+ Tundra, and we’re giving it away to you! 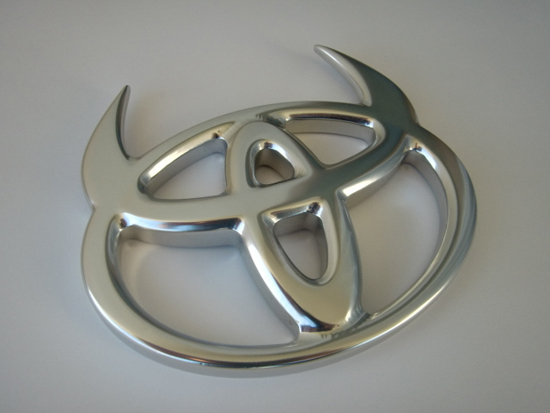 Devil Horns – win them for free!