Both new trim levels will share the tell-tale TRD characteristics of black-painted wheels, unique TRD Off-Road badge on the C-pillar, a TRD shift knob and floor mats with the TRD Off-Road designation. The premium adds TRD red lettering on the headrests for both the driver and front passenger seats.

Mechanically, both editions are pretty stout with a long-list of off-road goodies. Both models will feature Multi-Terrain Select, electronic-locking rear differential, CRAWL control and KDSS system. This collection of off-road tools makes getting stuck pretty difficult as we found out in the 2015 Toyota 4Runner Trail Premium.

“The 4Runner has a large and loyal following, with dependability being a key factor. Of all the 4Runners purchased in the last ten years, 90 percent are still on the road,” said John Myers, national manager, trucks and SUVs, Toyota Vehicle Marketing and Communications. “4Runner owners often take their SUVs off the beaten path, so these new TRD Off-Road grades will be a popular recognition of TRD’s history in the off-road arena.”

While the press release doesn’t state anything different on the TRD Off-Road Premium beyond stitching on the head rests, we expect their to be other changes to like options, leather interior, etc… 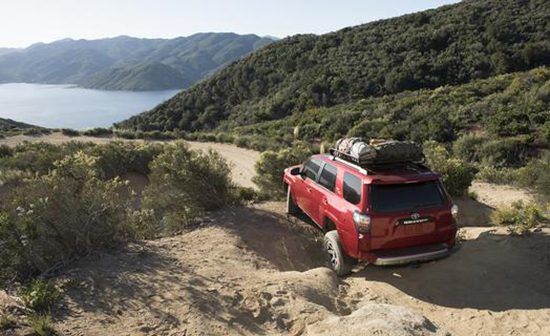 The new trims made their debut at the 10th Annual FJ Summit in Ouray, Colorado last month.

Sadly, there are no other changes to the 2017 Toyota 4Runner. Mechanically, the 4.0L V6 is getting long in the tooth as is the 5-speed automatic transmission. One would expect a host of new changes coming soon for the current model which was unveiled on September 24, 2009 at the Texas State Fair. With Toyota’s move to Texas, one may think they would do a similar unveiling, yet we aren’t hearing anything.

Also, it isn’t exactly a high need for Toyota at the moment considering 4Runner sales have been climbing as of late even with the older powertrain. For example, here are the last 3 year’s sales results: