In what will likely go down as one of the crazier press loans and career stories, I’m hitting the road to Michigan after Labor Day with a 2016 Toyota Tundra TRD Pro towing my 1963 International C1200. Why? I sold it and you are never going to believe the buyer. 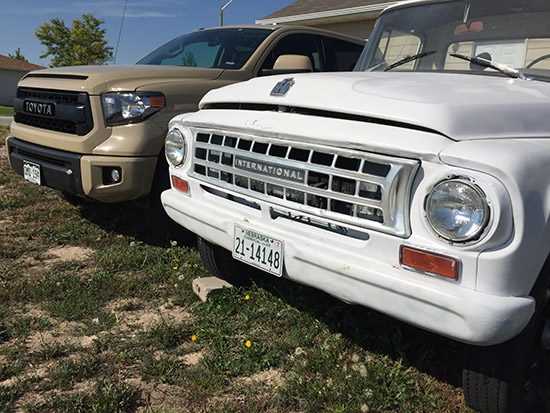 These two trucks will be East bound soon.

Now that I have your attention, the buyer is none other than Toyota’s Tundra and Tacoma Chief Engineer Mike Sweers. Yep, Mike is buying the International from me. Turns out, Mike and I have talked about this truck off and on over the few years I’ve gotten to know him at various events. As most of readers probably have guessed, I spend a lot of time seeing various engineers, executives and PR reps at different events. This is pretty invaluable since we can quickly get beyond the “corporate speak” and get further in-depth on topics. One of those topics that keeps coming up is my old International. People really seem like they want to talk about it a lot including Mike. At the Million Mile Tundra unveiling, I told him I was selling it and he agreed to buy it. 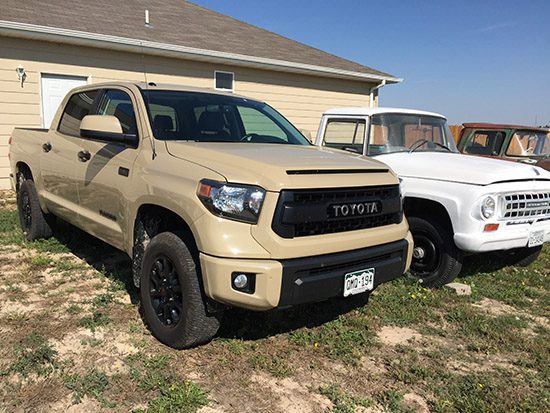 Toyota graciously offered to loan me a 2016 Toyota Tundra TRD Pro as the tow vehicle. I ended up booking a trailer through U-Haul after being unable to find another option.

I’ll be loading the International up after Labor Day and making the 20 hour drive East bound to Michigan.

My plan is to stop for one night along the way since I’m not a young kid anymore plus a long-distance tow is going to wear me down. 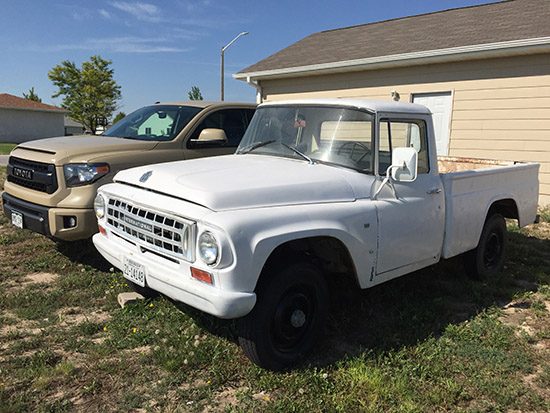 As I travel, I’ll be posting updates here on THQ. Truck Trend will be publishing a review of the long-distance tow.

If this Tundra looks familiar, it is the same one I reviewed back in March.

Finally, before I leave, I’ll be using the Tundra quite a bit. More to come on this. 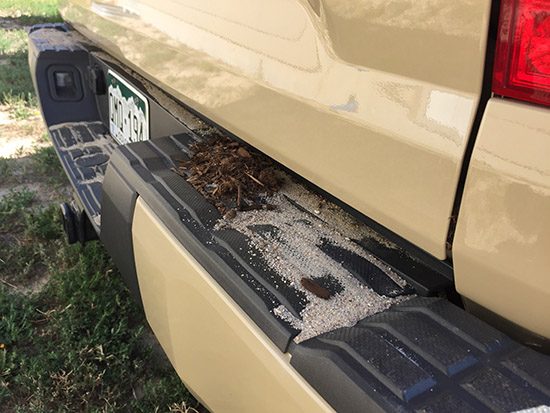 Never mind the sand on the bumper.