Reports have surfaced that suggest the new V-6 engine slated for the Ram 1500 is already undergoing cylinder head problems that could/could not be related to its unique design and a ticking noise. Is the new Ram 1500 going to have long-term engine problems too? 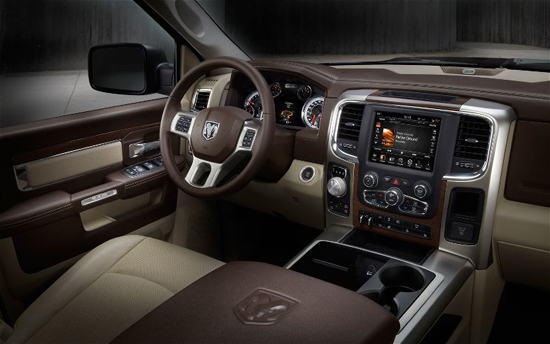 The 2013 Ram 1500 V6 already has engine problems according to several different reports.

Owners are reporting to NHTSA and Allpar.com (a popular site with Chrysler technicians and product fans) that the issue is affecting all Chrysler-Fiat models that use the Pentastar V-6 engine such as Jeep Wrangle, Dodge Journeys, Chrysler Town and Country and Dodge Grand Caravans. This same engine will be used in the Ram 1500.

Speculation is that since the Pentastar engine’s unique design causes exhaust passages to merge into a single outlet prior to exiting the exhaust manifold that this could be causing the cylinder head issue. Chrysler denies this and says that it is really just a unique combination of rare factors which is causing the “small” issue. However, Chrysler-Fiat Doug Betts, senior vice president of quality, has so far declined to say exactly what the issue is.

Owners say that they were first alerted to the problem with a “ticking” sound coming from the engine. Specifically they thought the sound was coming from the number 2 cylinder. Shortly after, the check engine light illuminated and the dealer was contacted.

Bob Lee, Chrysler-Fiat’s chief of engineering, told Automotive news that “This one was a challenge. The good news is that it’s a very small percentage of the customers and it’s something we’ve taken care of.”

Chrysler-Fiat says that after months of looking into it, they have decided to build a “more robust” cylinder head. This is auto industry speak for “we’re making the heads stronger because the current design isn’t strong enough.”

Lee denies this and says, “if it were a design defect, or if it affected [a basic component] like the integrated exhaust, we’d have issues on everything, which we don’t.”

Further causing grief for affected is a lack of parts. Dealers, who are experiencing 500 new requests a week, had a short time ago, as many as 1,300 vehicles nationwide awaiting replacements.

While only one-half of 1% of Chrysler-Fiat’s newest V6 have experienced cylinder head problems, the engine is also only 2 years old…most people who own it haven’t begun to really stress the motor yet. Speculation is that this is a bigger problem than Chrysler-Fiat is letting on.

This is a big item for Chrysler-Fiat because the 2013 Ram with the class-leading MPG rating is going to feature the Pentastar V6, and you can bet they are going to position the Ram’s superior fuel economy rating against the Tundra. However, what good is great mileage if the heads fail during heavy use?

Here’s what we think:

Whether it is a small issue (they say) or a really big design issue (our thoughts) having engine problems prior to launching a new truck is a big headache for Chrysler.

Is this just a simple fix or another big problem for the quality-plagued Chrysler-Fiat company?