3 Reasons Why Toyota Is Ramping Up Production

Automotive News is reporting that almost all of Toyota’s North American manufacturing plants are running at full tilt, with most of Toyota’s American and Canadian workers earning hefty overtime pay. While this is definitely evidence that the market for new vehicles is recovering, there are a few other factors at work to explain Toyota’s increased production. 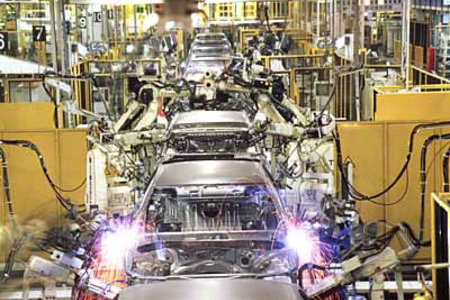 Toyota is ramping up production in North America.

First and foremost, many Toyota dealerships are still running low on product. We all know that Cash For Clunkers (C.A.R.S.) generated a lot of sales for Toyota and depleted their inventory (the CARS program was practically a gift