This might be the coolest Nascar gimick I’ve ever seen: 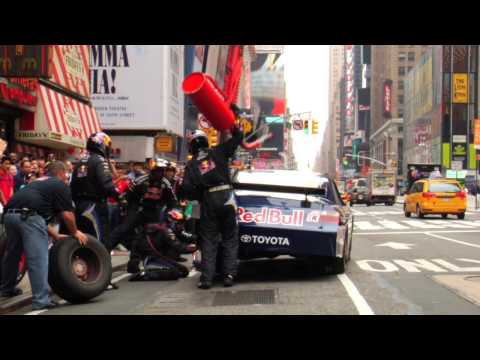 Do you think they needed a special permit? That car isn’t street legal, and that burn out is probably against the law in NYC.

I think the best part is that the whole thing went down in front of a TGI Fridays. Nothing says racin’ like a meal at a cheesy restaurant chain!