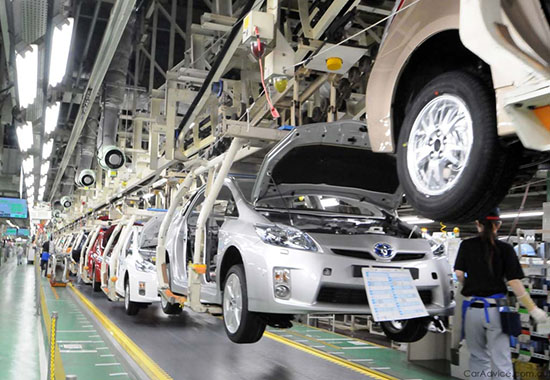 For the past three years, Toyota has been under an expansion freeze imposed by President Akio Toyoda. This freeze has meant executives have been tasked with improving production out of current facilities and holding back on future development plans.

While we had hoped the plant would be a truck plant, we are happy to see Toyota starting to invest in expanding production on ANYTHING. For the past few years, the common refrain has been developing “production efficiencies” and expanding to a third-shift. We have also heard from San Antonio plant employees that they worked many Saturday shifts last year to keep up with demand.

Freezing plant expansion does several things to a company. First, it stalls some future development plans for lack of production space (see: Tundra, diesel). Second, it pushes employees to work much harder and can cause general discontent over being pushed.

On the plus side, it does help the company focus on quality issues. This was the premise behind the expansion freeze by Akio Toyoda. He felt that the 2009 recall and overall quality was dropping due to over expansion. It is hard to argue with his thinking.

We aren’t saying Toyota is going to expand the San Antonio, Texas plant or has plans to open a new truck production facility. We are saying with the freeze likely over, this opens up the possibles again.

The Mexico passenger car plant brings Toyota up to par with other makers who have plants south of the border. These plants can export vehicles to the U.S. freely thanks to the North American Free Trade Agreement and its chicken-tax exclusion. The lower wages and cheaper land make Mexico a prime target for future plant expansion.

The new plant has yet to be approved by the board and sources say the vote will take place in few weeks. Plans are in place for the plant to located in Guanajuato, Mexico and will cost over $1 billion.