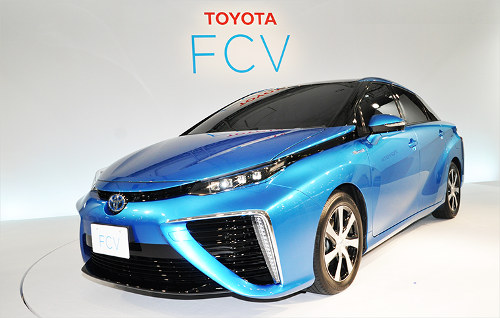 First, What’s A Fuel Cell Vehicle (FCV), and Why Should I Care?

A fuel cell is a stack of metallic plates that take pure hydrogen and ambient oxygen and convert them into electricity, water, and a little bit of heat. They have no moving parts, and as a result should be highly durable. They’re also incredibly energy efficient and (relatively) pollution free.

All of this matters to TundraHeadquarters readers because:

For years, people have talked about battery-electric pickup trucks. The problem with battery electric vehicles (but especially battery electric trucks) has been their terrible range and high cost. Since FCVs use refillable tanks, range isn’t a problem. And with Toyota’s announcement that their new FCV will cost $69,000, it doesn’t seem like it will be much of a problem either (more on that below).

Why $69k Is A Bit Deceptive

Toyota’s press release about their new FCV (which you can read here) isn’t very detailed, but it contains the asking price, and that’s really the only figure that matters. Toyota is going to sell their first FCV for $69k, which is a little higher than some had hoped (Toyota had teased that they could sell this car for $50k late last year), but considerably lower than many people had said was possible.

Not even five years ago, a fuel cell vehicle was said to cost more than $1 million dollars. Next year, you can park an FCV in your garage for $69k less state and federal tax credits, which could get the price down to $55k in some markets.

Yet this price is deceptive because Toyota is only planning to build 5-10k of these cars. Toyota’s limited sales volume is largely due to the limited number of hydrogen stations in the USA…if Toyota were to build 40k of these cars (which is the number of Model S that Tesla is expected to build this year), it’s likely the price would be lower. 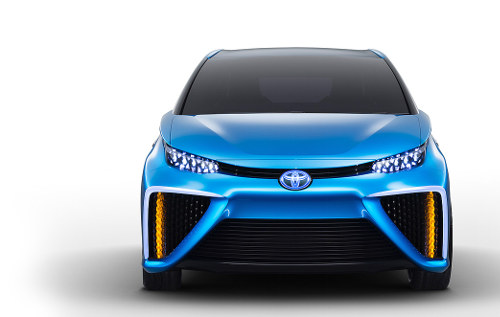 What’s more, Toyota’s new FCV contains all sorts of expensive technologies that have nothing to do with fuel cells. The FCV is going to be the first car to get all the technology destined for Toyota’s future hybrids – lightweight materials, uber efficient lighting and cooling technologies, Toyota’s new computer chip technology, etc. The $69k asking price isn’t just because of the fuel cell stack.

What About A Fuel Cell Powered Tundra or Tacoma?

As any reader of TundraHQ knows, all vehicle manufacturers need to meet increasingly stringent fleet fuel economy requirements over the next decade. By 2025, the average half-ton truck (as we know it today) is expected to get 25mpg+ in the real world.

However, the emphasis here is on the average truck. If Toyota were to sell a few thousand fuel cell powered trucks – perhaps just to fleet customers, people who live in urban areas with a good network of hydrogen stations, etc. – they’d be able to raise their fleet average considerably. That, in turn, would allow Toyota to keep on building rugged and reliable trucks that get decent fuel economy while staying away from engine technologies like twin turbos and aluminum (which have durability concerns), or diesel (which is costly).

Summing up, it says here that Toyota is absolutely going to offer a fuel cell powered truck at some point…most likely a Tacoma-sized truck. Perhaps by the end of the decade if the FCV is popular.