For all of our boasting here at TundraHeadquarters about the fact that the Tundra is more ‘American’ than the Dodge Ram or the GM pickups, and that Toyota’s profits on the Tundra don’t really go overseas, the recent recall fiascos (officially known as “Recall-mageddon” – shout out to J.D.) illustrate that Toyota’s leadership is frighteningly lacking. 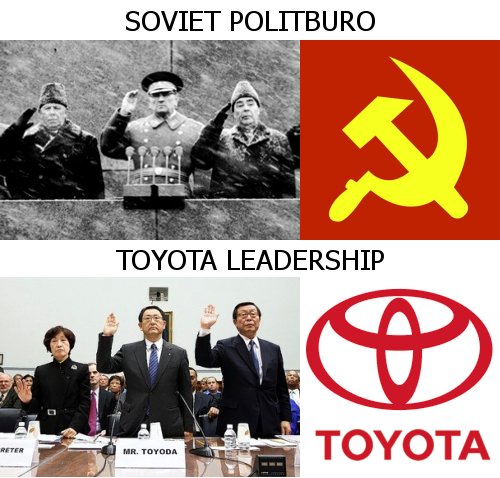 The similarities between Toyota leadership and Soviet Russia - just for fun.

Here are some facts and figures about Toyota’s senior executives and management chain-of-command…and how eerily similar it is to old-time Soviet Russia:

In the USSR, there were foreign born members of the Politburo, but they were all Soviets first. Their individual nationalities were a distant second to party loyalty.

2. Toyota’s regional divisions don’t have much authority, and neither did the USSR’s “member nations.” When I first heard that Toyota USA didn’t have the authority to announce a recall, my response was “Are you $#%@ kidding me?!” Evidently this has been fixed lately, but talk about a dumb way to run things…kind of like Soviet Russia. 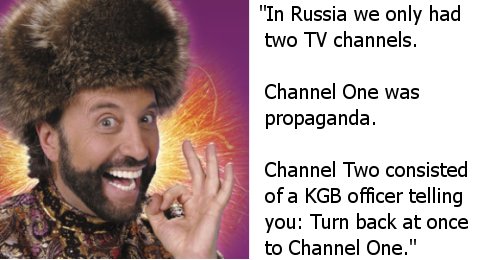 Yakov's jokes could apply to Toyota's culture of secrecy and loyalty to the Toyoda family.

my suspicion during this crisis has been that the PR folks thought their job was to protect President Akio Toyoda’s reputation. If mud were to fly, don’t let any land on the bearer of the founder’s name

Sounds sort of like…communist Russia. Better to let the whole thing burn down than harm the reputation of our fearless leader. 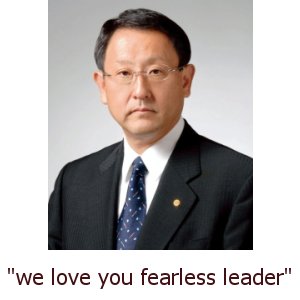 4. Both have a well-documented culture of secrecy. Arguably, Toyota’s biggest problem with the whole unintended acceleration issue is that they seem to have kept it a secret for a long time. Toyota is big on keeping secrets (all of corporate Japan, in fact), but secrets don’t make friends…which is why no one was friends with the People’s Commisariate for Internal Affairs (NKVD), the USSR’s secret police force.

5. Toyota and the USSR almost took over the world. In the year 2000, Toyota sold about 1.6 million vehicles, giving them about 11.5% of the U.S. market. By May 2008, Toyota was sitting on 18.4% of the U.S. market. That’s an increase of about 60% in less than 9 years. However, by late 2009 Toyota’s market share started to crumble like the Berlin wall. Today, it’s estimated that Toyota will close out 2010 with less market share than Ford, not to mention GM. 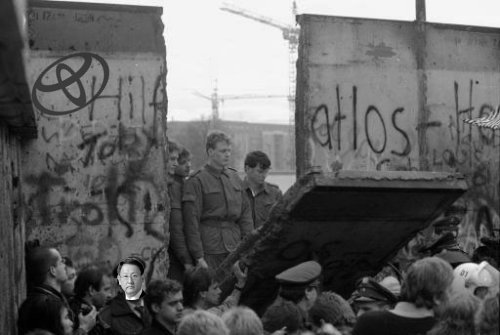 This post is meant to be a bit of a joke. While Toyota’s corporate culture definitely needs an overall, no one should see Toyota’s recent struggles as evidence of their inevitable collapse. Once this news if off the front page, Toyota will lick their wounds, learn from their mistakes, and focus even more on building great products.

Hopefully, during that process, they’ll give Toyota USA more autonomy, recognize that secrecy isn’t a core business value, and start putting some freaking North Americans in charge at Toyota headquarters in Japan.

In the meantime, we’ll try and laugh about the screwed up management at Toyota. Happy Friday.