A few thoughts about Toyota and the 2013 Chicago Auto Show. 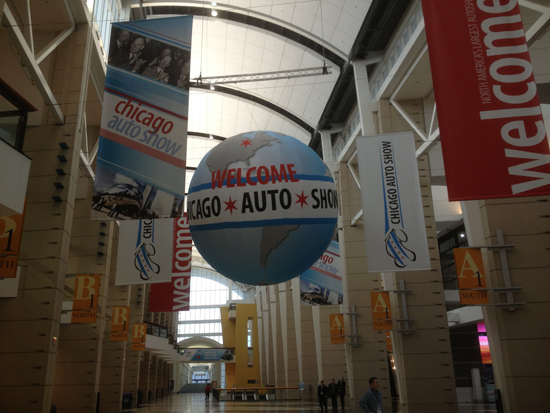 A quick recap of impressions from the Toyota reveal and 2013 Chicago Auto Show.

Toyota Engineers are young and determined to build a great “retail” product. Watching the photo shoots after the reveal (after the “other” journalists left), you could see how young the engineers are. The Ford, GM and Dodge guys all looked old and dare I say, stodgy, to me in Detroit. Chief Engineer Sweers doesn’t look that old, loves trucks (he owns a farm) and spends a lot of time at the proving ground rock crawling in the Tundra. Flat out, he loves his job and building a truck that is “more capable than you think.” – his words.

Market share debate, I got the feeling from the lower level guys, not Bill Fay, Toyota Division group vice president and general manager, that they are really happy. In their view, they OWN the 1/2 ton market, have the best truck in the segment and have a great marketshare. If you take away the HD and fleet trucks and just look at 1/2 ton trucks owned by retail customers – there is a lot of truth to that statement.

The Press and previous owners aren’t excited about the new truck. The world is full of the “latest” thing crazies. The press and previous truck owners really wanted a BIG unveil full of new toys. Toyota didn’t. They talk a lot about durability with their trucks. While there is no doubt some spin in that statement, there is probably some truth as well. In their view, they took customer feedback and improved on the truck’s weaknesses.

HD and Diesel capacity issue. For years we have heard that the HD and diesel development was tied directly to EPA standards. While this is still true, the new layer is that Toyota says the plant in San Antonio is at full capacity. If that is true, it would tough to see Toyota spends billions on a new plant to build a 3/4- to 1-ton pickup when that market is dominated by Ford. There would have to be some great advantage to doing that from a business stand point. I just don’t see it.

It is a “Retail” truck. I heard this over and over again. Sweers said flatly, they don’t have a big desire to get into fleet sales nor larger truck sales. They want to focus on the retail customer. When you look at the new truck with a “retail” focus, this makes a lot of sense then with the changes they made.

McCormick is a palace compared to Cobo Center. And Chicago is a much better city to get to the show than Detroit. Just saying that if I had to choose between both shows, Chicago is absolutely the show I would go to. It is no mystery to me why they are the most well attended show. McCormick sparkles and so do the displays there.

All in all, a great reveal for Toyota (from their viewpoint) and a great job by McCormick and the Chicago Auto Show.