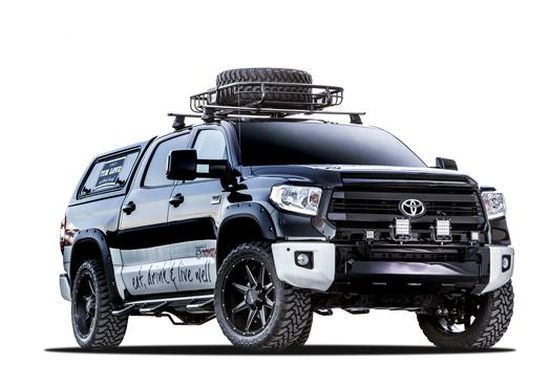 Love’s Tundra encompasses a complete and unique tailgating experience, featuring a 27” grill with an output of 24,000 BTUs, juiced up Rockford Fosgate sound system, and an entertainment system consisting of multiple TVs and a next gen gaming console that could make any fan happy. 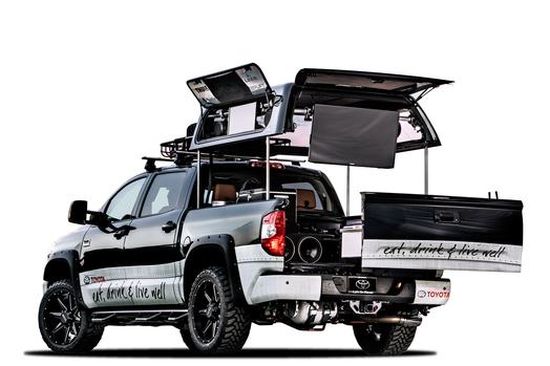 Toyota’s engagement marketing and motorsports national manger, Steve Applebaum, state’s Love’s tasteful Tundra symbolizes the everyday capabilities sought by hard-working Americas while also having capability to be the base to an amazing off-the-clock experience.

Perfectly appointed for someone of Chef Love’s trade, the idea complimented Love’s reputation for his signature “urban western cuisine.” The Tim Love Tundra was put the real test during the Alabama versus Tennessee college football game held at Neyland Stadium in Knoxville, Tennessee. Needless to say it held its own against the 150,000 fans in attendance. 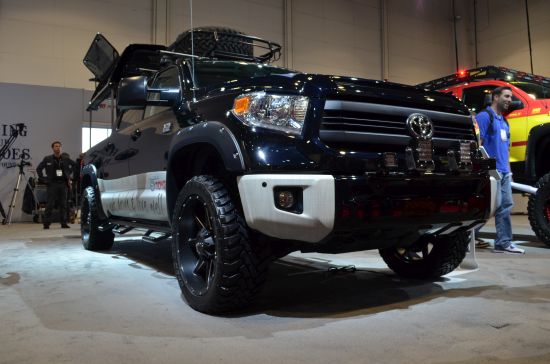 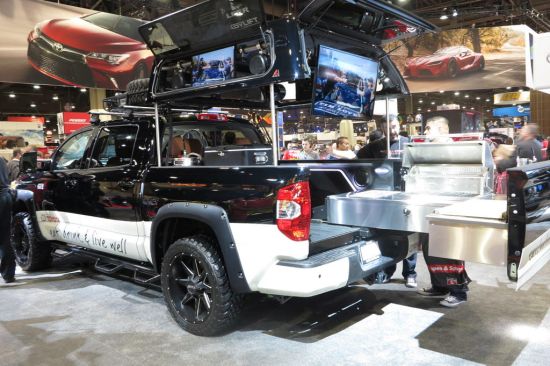 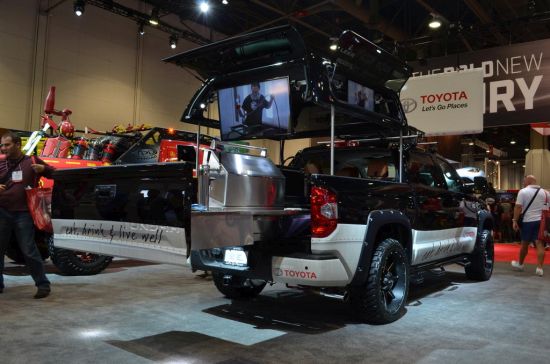 The Tim Love Tundra will be on display at the Toyota booth (#24700) from November 4-7 in Central Hall. Free Chat Rooms: Most women like to chat with other women because it’s more fun. But if you want to get intimate with someone then free chat rooms are great. You can tell them your interests and they will tell you theirs. You both free hookups in vegas just sit there and have fun. And if she doesn’t want sex, you at least have something to talk about without making it obvious that it’s a sexual conversation.