Tailgate Theft – A Growing Concern, and How You Can Protect Yourself

Is there anyone lower on the evolutionary chain than car and truck thieves? How about the lowlifes who steal your pickup’s tailgate right out of your driveway while you are sleeping at night?

That’s right – the latest trend in oddball vehicle component theft, after the recent run on catalytic converters (stolen for the small amounts of precious metals they contain), are tailgates. A recent report in The Detroit News chronicles the growing scourge of this type of theft that targets not just individual owners but also dealerships whose inventories contain hundreds of trucks.

Tailgate theft has become such a major concern in parts of Michigan that dealerships are being forced to either house their pickups inside overnight, or back them up against walls in order to give thieves as little room as possible to work with. Some dealers are even removing tailgates from their trucks until such time as the vehicles are actually sold, storing them separately and creating an eyesore on the lot. Still, the problem remains a big one, and police in Detroit say that they have yet to actually catch anyone in the act or recover any of the stolen tailgates that have already been liberated from their rightful owners.

The question is a good one – why have thieves decided to steal tailgates? The answer, as with most issues surrounding car part theft, has to do with a thriving black market for the body panel. Some tailgates can cost well over $1,000 from the factory, which means that online sales or classified ads where buyers ask few questions have helped to create an easy environment for thieves to move their wares. If demand for stolen parts disappeared, so would the theft – but human nature being what it is, seeking out the best possible deal often gets in the way of asking ethical questions like “why am I paying 1/3 of the retail price for this nearly-new tailgate?”

It is also very, very simple to steal a tailgate, with some models popping off in as little as 15 seconds. With no need to actually break into the truck and risk setting off an alarm, stealing a tailgate is one of the quickest types of theft around.

How Can You Protect Your Own Tailgate?

If you are worried about tailgate theft spreading to your community, or if you already know someone who has had their pickup truck tailgate stolen, then you are probably wondering how you can protect yourself from this type of targeted theft. Not everyone has the ability to park their truck inside a locked garage every night, and in recognition of this fact there are now several aftermarket tailgate protection options available to pickup owners. 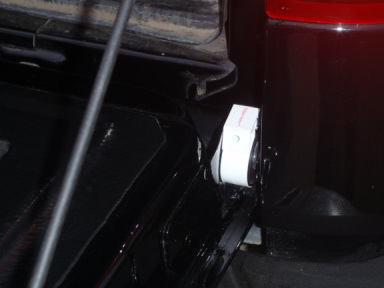 Tailgate Sentry costs $24.95 and consists of a locking mechanism that installs without the need for any drilling or cutting holes in your truck’s sheet metal. The lock includes a steel case for the tailgate’s pivot point, a special tool for locking and unlocking the tailgate as well as a tamper-proof mechanism that protects the tailgate from removal regardless of whether it is open or closed. Pop & Lock also offers a tailgate lock that comes with an OEM look, but which is priced substantially higher – between $60 and $70. 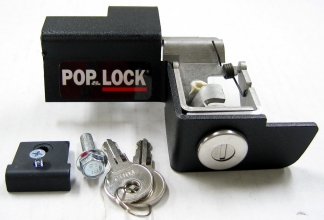 The Pop and Lock kit.

Either way, it’s hard to argue with spending less than $100 to protect a tailgate that can cost as much as $1,600 to replace (on the Toyota Tundra). A tailgate lock can help prevent you from becoming a victim of this type of theft and keep you from trolling Craigslist for a replacement tailgate of your own.