Owning a truck means having to add an extra layer of care when you are operating it around other people. Let’s face it – your Tundra is pretty big, and it’s easy for a person or pet to hide in a blind spot while you are backing up or turning around. Not only can it be difficult to see people who are located directly behind you, objects that are low to the ground like stumps, fire hydrants and lawn equipment also pose a different kind of menace to your truck. No one wants to have to explain a dent on the rear bumper or a damaged differential when the entire incident could have been avoided in the first place.

Unless your Tundra had a backup system installed at the factory, one of the best ways to improve your peace of mind while backing up is to install a backup warning system. Now, when most people hear the phrase “backup warning system” they get an image of a beeping semi-truck as it backs out of the supermarket parking lot. While these systems still exist and are required on commercial vehicles, modern technology has updated our ability to avoid unnecessary collisions through the use of advanced techniques previously only used by the military. 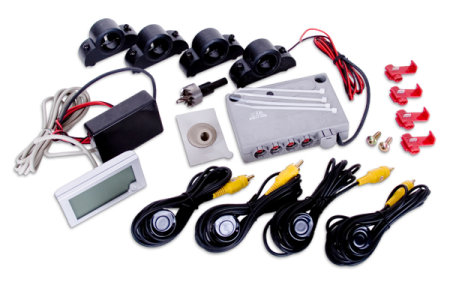 An example of such progress is the Bully Dog Backup Sensor System.