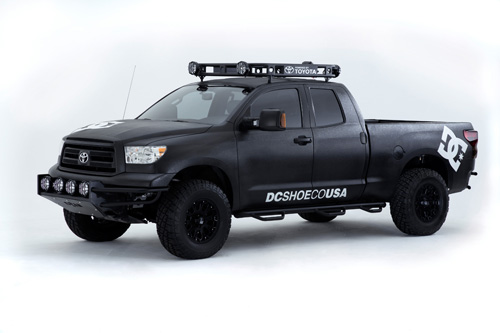 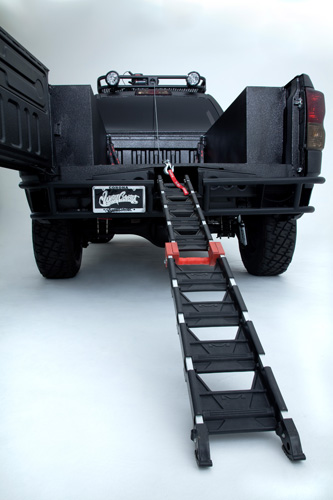 The truck ramp of the Motocross Toyota Tundra.

The truck is also equipped with: 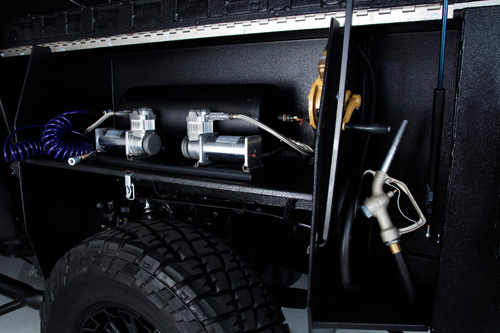 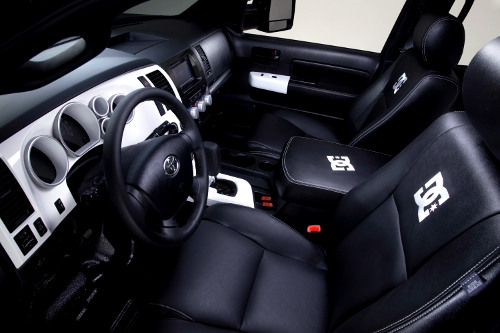 After the unveiling at SEMA, the truck will then go on tour to various auto events and will be featured on “Inside West Coast Customs.”