Here at Tundraheadquarters.com, we like to show all sorts of Toyota Tundra pickups in action. How about a modified Tundra racing in the NASCAR Camping World Truck Series? You bet. How would you like to drive a NASCAR modified Tundra? 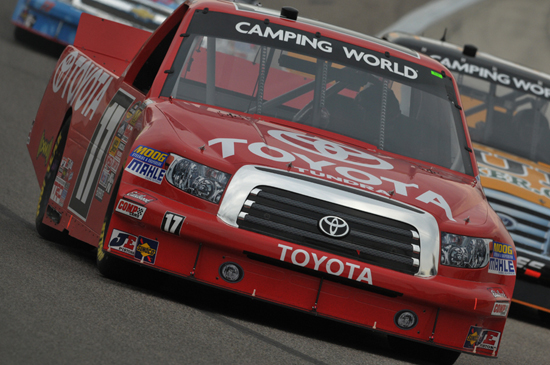 The NASCAR Camping World Truck Series opens Friday, February 22,2013. How would you like to be behind the wheel?

The 2013 NASCAR Camping World Truck Series opens today, February 22, 2013 and it will have the No. 17 Tundra driven by Timothy Peters in it. The series will open with the NextEra Energy Resources 250 at Daytona International Raceway.

The truck series is NASCAR’s only series featuring race modified production pickup trucks. While the series doesn’t get all the attention that the larger NASCAR stock car racing series gets, it is pretty cool to see these trucks fly around the track. 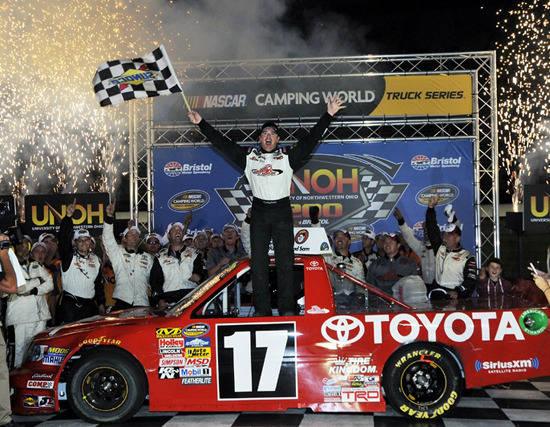 Driver Peters celebrates his win at Bristol with this pretty cool photo.

In 2012, Peters finished second in the championship points and never fell out of the top three. Along the way, the No. 17 driver tallied two wins, 10 top-five finishes and 16 top-10s, including a memorable flag-to-flag run to take the checkered flag at Bristol. 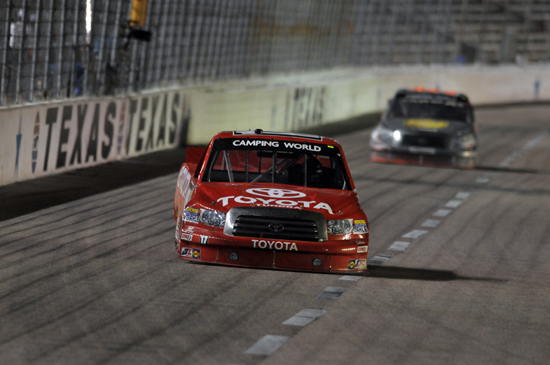 This year, the team of Red Horse Racing, Driver Timothy Peter and Crew Chief Charles “Butch” Hylton state that “after finishing second in the championship point standings in 2012, Peters and Hylton will charge in 2013 with only one acceptable finishing position. First.”

The season opener in the NASCAR Truck Series airs at 7 p.m. ET on Friday, Feb. 22, on SPEED. Let’s cheer them on!