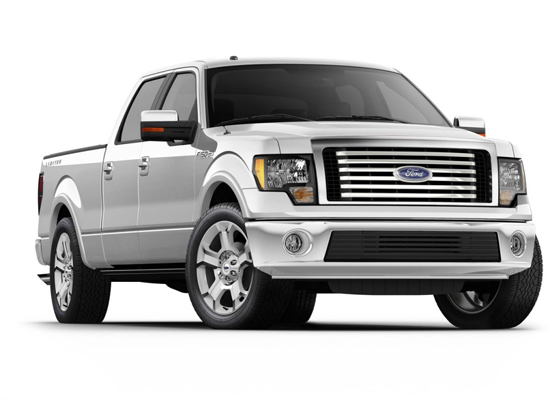 One last note before we get to the trucks it lists. Quite humorously, the list has the model, the model years, what’s wrong with them and then a link to find listings to purchase one. Yep, it tells you everything that is WRONG with it and then helps you BUY one of the models. That makes sense right??

Now, about those trucks:

Here’s another shocker. According to Consumer Reports, General Motors’ mighty Silverado and Sierra pickup truck duo suffer from “a long list of gremlins,” including the CD player, gauges, oxygen sensors, brakes, windows, tailgates and the check-engine light. If that’s not enough to dissuade you, 2003 to 2006 models added 4-wheel-drive failures to the list of dubious accomplishments.

Not so fast, Ford fans. The F-150 has had its fair share of problems, too. Trucks built between 2003 and 2007 tend to have brake system and 4-wheel-drive problems, while 2008 V8 pickups suffer automatic climate control issues. Meanwhile, owners with 2009 V6, 2010 V8, and 2011 EcoBoost V6 trucks point to rough shifts from the transmission as a sore point.

Ram doesn’t get away unscathed, either. The company’s 2500 heavy-duty pickup has been the subject of a long list of recalls for a variety of issues. Those include bad drive shafts and rear axles, and faulty dash warning lights. Bad tie rods that could fracture and break, resulting in a loss of steering control, also make the list of common complaints.

Tempted by that big Ford F-250 diesel? Take a step back. The 6.0-liter Navistar diesel engine has a long list of issues, including loss of power, oil cooler failures, blown head gaskets, warped head bolts and more. Even worse, engine repairs require the entire cab to be separated from the vehicle. Repairs are time consuming and expensive. Stick with a gasoline engine option and you should be good to go.

This list seems to jive with what we have been hearing. The Ford 6.0 diesel isn’t as great as the 7.3L. Chevy/GMC trucks, during those models year, are known to have quality issues. Also, RAM’s 2500 has had quite a few gremlins of its own. The new RAM HDs, we have heard, are much improved. And, of course, the Tundra isn’t listed.

What surprises you on this list? Anything stand out?

(special thanks to Mickey for sending us this link!)