In the quest to achieve better fuel economy, many automakers are using lighter weight oil. However, is this oil mysteriously vanishing from new cars. Will we all have to go back to carrying extra oil all the time? 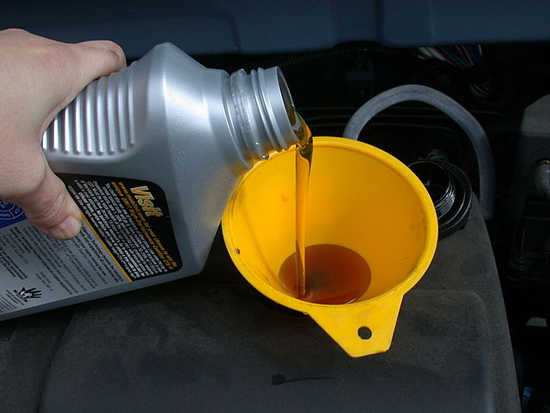 New 0 weight engine oil has been mysteriously vanishing in new cars. Is the oil to blame?

A report from Consumer Reports says that they are coming across an oil vanishing issue. Specifically, in the newer cars they are testing, the oil is simply vanishing. Many of these test cars are needing oil to be added on a consistent basis.

Consumer reports talk about one car specifically, a 2012 Porsche Panamera. Here is what they said.

Our latest car drinking oil is our $105,000 2012 Porsche Panamera, which is consuming a quart of 0W-40 motor oil about every 2,000 miles. With a 10,000 mile oil change interval, that’s five quarts of synthetic oil (at about $8 per) in between oil changes. Several of our drivers got caught out by low oil warning lights and went searching for this obscure lubricant at night while out on the town. And trust us, not every corner convenience store carries 0W-40-weight motor oil. When we talked to Porsche about this, they said this usage was within spec. But we think somebody who bought a $100,000 car probably expects better.

We agree. There is no reason for a consumer to be constantly on guard to add oil to a new $100k+ car. CR says that the Porsche is just one example. A 2008 Volkswagen EOS that was bought by a staffer used a quart of expensive OW-20 every 1,200 miles. Then, there is the case of Mercedes replacing an engine in 2006 due to “excessive consumption” of the new OW-40 oil.

The new, lighter weight oils promise to reduce friction and thus increase fuel economy. Yet, if you are replacing quarts of oil on a consistent basis – how is that saying you money?

Another issue CR says it these new oils aren’t always easy to find.

What do the engineers say?

Auto engineers have told me they see no correlation between today’s lightweight “0W-” motor oils, designed to reduce friction and save gas, and excessive oil consumption. But in our admittedly anecdotal experience, both the prevalence of such lightweight oils and the propensity of more engines to consume oil seem to be moving in tandem. And our test cars that have had this problem have all used such lightweight synthetic oils.

Well of course they would say that. They have to defend their products.

What have you heard? Is anybody experiencing these same problems?