Toyota is investigating a rumor that lift kits could be causing steering rack failures in 2009-2012 Toyota Tundra pickup. How could this be possible? Does this rumor have any merit? 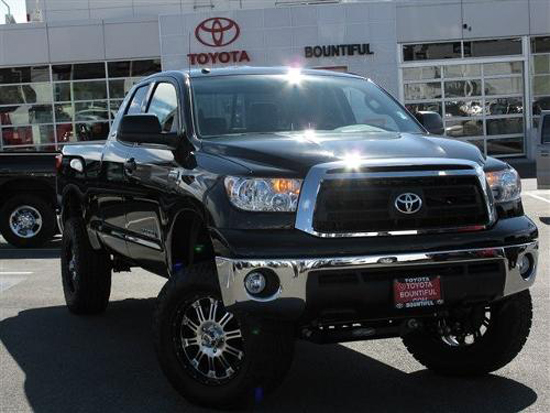 Toyota is investigating a rumor on whether lift kits are causing steering rack failures in 2009-2012 Toyota Tundras. We say not likely.

In a June 2012 Tech Tip (Tech Tip T-TT-0183-12), Toyota has alerted dealers about the possibility that lift kits may be causing steering racks in the Tundra to fail. Toyota states: “Some 2009-2012 Tundra vehicles may exhibit a condition where the Steering Rack shows evidence of leakage at the bellows (boots). This may occur on non-modified, original equipment vehicles as well as modified (lifted) vehicles.”

While this Tech Tip is based on a rumor and Toyota has not yet confirmed that this is an actual issue, they are still investigating it seriously. They have alerted their technicians to look for steering rack leaks in Tundras built during this time. Technicians have been asked to report any vehicles with steering rack leaks to Technical Assistance (TAS).

EDIT: After reviewing this article, we want to make it clear that some Tundra owners are absolutely experiencing steering rack failures. It’s not a “rumor” that these failures are occurring. The rumor is that the problem is caused by lift kits, which has not been confirmed.

If Technical Assistance is made aware of an ongoing pattern of steering rack leaks in 2009-2012 Toyota Tundras, then we may see a Technical Service Bulletin calling for a replacement. Until then, this is simply a Tech Tip based on a rumor that is currently under investigation.

Even though this issue is currently being investigated as it should be, there are a few tidbits that consumers and Toyota Tundra owners should be made aware of.

This rumor does not really make much sense. Here is why:

This is not to say that some consumers have not had experiences with a leaking steering rack in these Tundras. However, it is probably safe to say that this issue would indicate a quality issue with the steering racks, not a design issue calling for steering rack replacement in all 2009-2012 Tundras.

This investigation Toyota is currently conducting will determine for certain what the real issue is. Only time will tell. In the meantime, consumers should not assume the worst. They should, however, pay a little more attention to their vehicle and check for odd leaks. If they notice anything abnormal, they should see their local dealer.

What do you think? Is this rumor fabricated garbage or a real issue?