Fueling Up At Your Dealership – Innovative CNG Solution

For many years, Compressed Natural Gas engines have been touted as the future in green automotive technology. However, the big drawback has always been the lack of fueling stations. Honda is trying to solve that with an innovative approach – adding CNG stations at your local dealership. 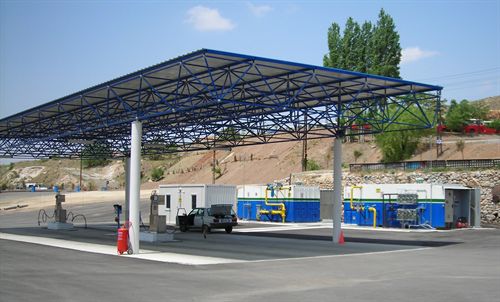 For years, fueling up your CNG powered vehicle has lead many people to drive to desolate locations to fuel up. This could change with dealerships getting involved.

With only around 830 fueling stations in the U.S. and with many of those owned by public utilities, finding a fueling station is very, very difficult. In an effort to counter that issue, Steve Center, Honda’s man in charge of environmental business development, recently said that he wants to put CNG fueling stations in two California Honda dealerships this year.

“If the dealer had a fueling station, it would really reduce some of that concern for the customer, Center said at Honda’s U.S. headquarters in Torrance, California, according to a Bloomberg news story. “It’s not our place to create infrastructure, but it’s a chicken-and-egg situation and we’re going to have to nurse that egg along.”

While some may see this as an odd-ball idea, it does have some merit. If you could fuel up at your local dealership, it would dramatically increase the number of fueling stations. Plus, it could be a big bonus for dealers since it would cause more potential customers to visit their place and maybe spend some time at their lucrative parts and service counter. And it could also help them create more life-long customers since more trips to the dealership means more chances to create loyal consumers.

Some may wonder why CNG vehicle owners just fuel up at home don’t. This seems to be a wonderfully convenient option. But, it’s not all that great. Home units take a lot longer to fill up (8-10 hours) because they aren’t pressurized like filling stations. Also, the $3,400 price tag is currently out-of-reach for many.

It remains to be seen if dealers will jump on board to this novel idea. For CNG drivers, it could be a real stress reducer.