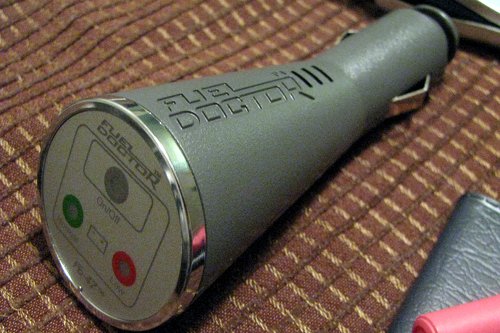 How The Fuel Doctor Test Started

When I met Doug Hungerford of Fuel Doctor USA at SEMA, he told me three important things about the Fuel Doctor device:

Naturally, when I heard these three conditions last November, I was skeptical. Hugely skeptical. I’m not an automotive engineer, but I have an engineering degree, I took a couple of electrical engineering classes, and six months ago I would have told you that this device couldn’t possibly work because vehicles already have conditioning circuits. Every car, truck, or SUV made in the last 20+ years has some sort of conditioning circuit similar to the circuit contained in the Fuel Doctor.

However, Doug was convincing. He showed me an oscilloscope test to demonstrate how much the Fuel Doctor device reduced voltage spikes, and he offered us a free testing unit. I was blunt – I told him I didn’t think it would work and that our test might not go well for them. He reiterated that it probably wouldn’t help a newer car, but that drivers of older vehicles almost always noticed an improvement.

Obviously, I took Doug up on his offer for a free test unit. I contacted Toby, and after a little back and forth, we got the test started. According to careful testing – which has lasted three months and which includes more than 5,000 miles of travel – the device improved the mileage on his 2004 Toyota Tundra by about 2 mpg. Considering the Fuel Doctor costs $50, that’s a pretty good deal. A one mile per gallon improvement on the average pickup means that you’ll go an extra 20-30 miles on a full tank. Over the course of one year – assuming 15,000 miles traveled, an average of 14.5 mpg prior to install, and a gas price of $4 per gallon – that’s $499 dollars worth of annual gas savings.

Now, it must be noted that this was just one test. You could buy this device and find out it didn’t do a thing. However, considering the upside and possible fuel savings, you may want to check it out.

Here’s all the articles Toby has written about his test process: 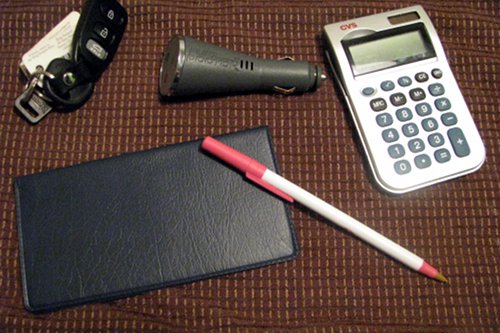 Fuel Doctor - Does It Work? Maybe. It did for us.

Average Fuel Economy Prior To Install: 14.5 mpg (as stated by Toby, his average for months prior)

Special thanks to Toby for conducting this test – be sure to visit his Tundra Fuel Economy Blog!

Tags: does it work • fuel doctor • review • save gas