For some Toyota Tundra owners, tonneau covers need to strike a balance between protecting cargo from would-be thieves and the elements while still being easy to remove when it comes time to haul oversized items. We tested out the Extang Solid Fold tonneau cover on our project Tundra and were very pleased by just how well this particular product covers all of the above-listed bases. 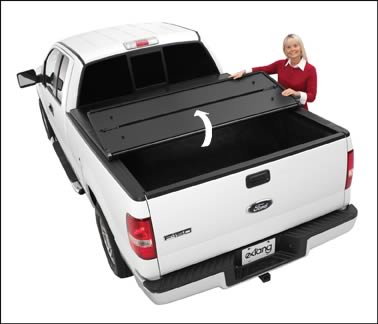 The Extang Solid Fold comes completely assembled, which means that you won’t have to connect any of its three folding panels or bolt together a frame. It’s also extremely easy to install, as it makes use of a simple clamp system that doesn’t require any tools to secure to the bed of your Tundra. In fact, Extang claims that its install time of just under an hour is actually about the same amount of time required to unpack its Trifecta soft-top cover from its box – one that wasn’t far from what we encountered during out own installation. 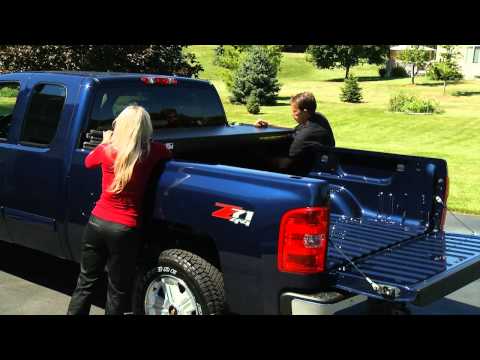 The main selling point of the Solid Fold tonneau cover is that it offers the security of a solid cover design while still allowing for owners to open up almost the entire truck bed if necessary for transporting loads that won’t fit under its confines. It also makes it very convenient to access any cargo that might be pushed up snug against the front of the box. The Extang cover accomplishes this by folding forward and stacking the rear two panels on top of the front panel. The clamps come into play when it comes to folding up or securing the tonneau. The front clamps are standard screw-style units, but the rear clamps are a spring-loaded design that can be released simply by pulling down on their integrated handles. This makes it snap to simply pop the “speed clamps” on and off the rear section cargo cover as required. When not being used, the clamps fold up into the underside of the tonneau itself. 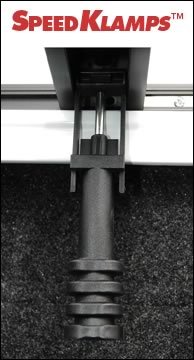 A closer look at the Extang Speed Klamp system.

The tonneau cover keeps its shape whether folded or not through the use of a one-inch thick aluminum honeycomb core, and padded hinges protect your bed rails from being scratched while the cover is mounted. The clamps themselves are made out of glass-filled nylon, and “Hold-Tite” fasteners are used to keep the cover tied down when driving with it in the open position. With the tonneau cover closed, a single key locks down the entire setup in order to provide additional security when your truck is parked. The greatest attribute of the online dating community is the constant demand for better service in a variety of functions including, but not limited to; of ct active singles chat rooms, and hookups. So how can singles maximize their time using the internet, and on-line dating scene? The answer is online dating services such as the best free ct singles. Online dating and hookup sites and communities use one-to-one services and are home to people from all walks of life, all of whom have found a mate through the online dating community.

Extang offers a three-year warranty on the frame and solid tonneau panels – quite a bit shorter than the lifetime warranty offered on its sold-top three-fold Trifecta tonneau. Given that the company claims that the unit is strong enough to support the full weight of an ATV – a point that is rather amusingly demonstrated in the company’s promo video for the Solid Fold unit – it seems likely that most Tundra owners will never have to have any warranty work done on this extremely well-built unit.