The Toyota Tundra is a capable tow vehicle right out of the box, but there are a number of aftermarket accessories out there that can help to make hauling a heavy load a less stressful and much safer experience. One such item is an electronic brake controller, a device which can improve your truck and trailer combination’s stopping power and help to maintain the stability of your tow rig. 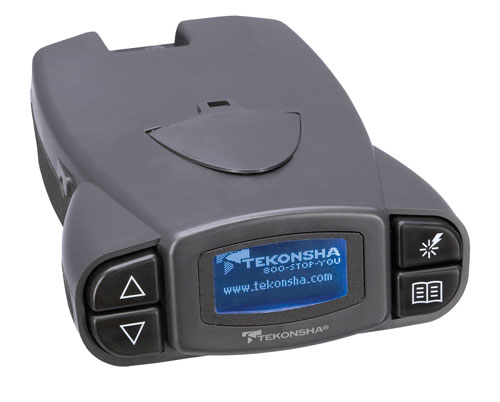 How A Brake Controller Works

At its simplest, a brake controller relays an electric signal to your trailer’s brakes when you stomp on your Tundra’s brake pedal. Over the years, manufacturers have been able to improve on the simple “on / off” application of a trailer’s braking system in order to offer much more comprehensive control over braking characteristics, varying the amount of braking pressure applied to its wheels as well as the rate at which it is doled out.

There are several different types of electronic brake controllers currently available on the market:

There are a number of different takes on each of the above basic designs. For example, some proportional controllers do away with the need for a pendulum circuit and instead monitor the pressure in your truck’s brake lines to determine how much stopping power to apply. This makes them simpler to mount and much smaller in size.

Time delayed brake controllers are often cheaper and easier to install than proportional controllers, many of which must be mounted at a specific angle in order to properly detect trailer deceleration. On the other hand, proportional controllers offer less brake wear over time because of their ability to vary brake force according to conditions, and they can also offer full stopping power instantly should an emergency situation present itself.

Ultimately, the topography of the areas you will find yourself most often towing through, as well as the weight of your load will help you determine whether you need to pay a bit more for the progressive braking force of a proportional controller or instead opt for a simple, time delay-based design. Heavier trailers that have a tendency to eat brakes would most likely benefit from an extra investment up front in a proportional unit, while smaller hobby trailers can get by with an inexpensive time delay controller.