In news that could effect the growth of diesel engines in North America, research funded by the British Heart Foundation at the University of Edinburgh have discovered that diesel exhaust particles cause heart problems in people who are otherwise in good health. It is the particles in the exhaust – and not the gasses – that cause vascular problems. 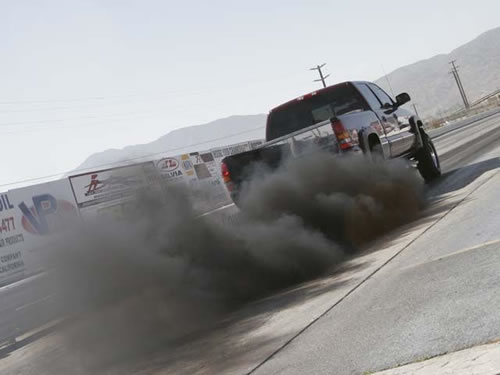 Professor Jeremy Pearson, the British Heart Foundation’s Associate Medical Director, calls for lawmakers to require vehicles with diesel engines to be equipped or retro-fitted with devices that will keep the dangerous particles from being released into the air. Such devices require expensive maintenance, but are necessary to keep members of the public from being exposed to particles that cause free radicals in the blood stream to constrict blood vessels. This constriction is what leads to higher blood pressure and potential heart attacks in people exposed to the particles.

Professor Pearson and his colleagues advocate stricter restrictions on diesel emissions in the United Kingdom, where use of vehicles with diesel engines is more widespread than in the United States. They hope that tighter restrictions will reduce heart health problems while also reducing the amount of greenhouse gasses in the atmosphere. Professor Pearson advises people with existing heart conditions to avoid spending too much time outdoors.

Proponents of a diesel Toyota Tundra (of which I count myself) have long argued that consumer demand is high for diesel. However, there’s no denying the fact that many people feel black, sooty diesel smoke is more dangerous than gasoline exhaust. While this type of thinking is simplistic (they’re both bad for you), this study could be yet one more strike against greater adoption of diesel in the US and Canada.